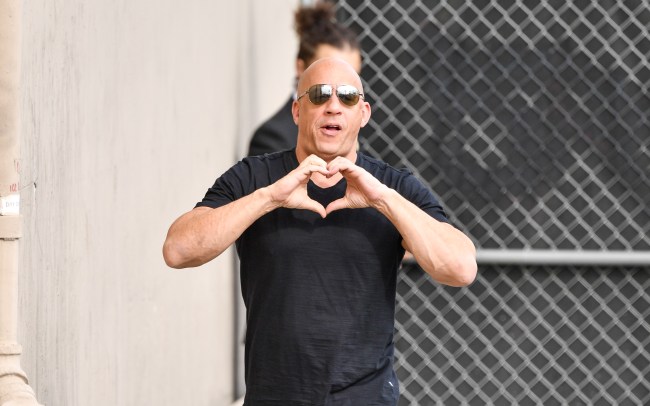 Which one of you people wants to harm Vin Diesel? Who is making him feel like he needs to hire a security team that makes Tekashi 6ix9ine’s look like Paul Blart? 2 Fast 2 Furious wasn’t that bad.

Mr. Diesel is currently renting a pad in a gated community in the Dominican Republic and his security measures are really chapping the asses of his neighbors—one of which went as far to write a strongly worded letter addressed to “Señor Vin Diesel” categorizing his expansive security team as “abusive” and “absurd.”

The letter, written by a man named Diego Arria and obtained by TMZ, came in the wake of Easter Sunday, when the guards blocked pedestrians and traffic so Vin and his kids could go for a bike ride.

“For a few weeks I have personally witnessed and heard from fellow homeowners the unprecedented and abusive display of your security people around our homes and beach. Interrogating us, blocking our street with five or six SUV’s. Stopping residents while walking when you ride your bicycle.”

The author then goes on to claim that Diesel wouldn’t dare impose these security measures in Los Angeles, as “you and your guards would be detained for unlawful behavior.”

A source close to Vin tells TMZ that the actor has been vacationing in the Dominican for 20 years and he is a true man of the people, employing solely DR residents as security guards to help employ people in the area. The rep also claims Vin’s security-heavy bike ride was because he and his family were handing out Easter baskets to people in the area.