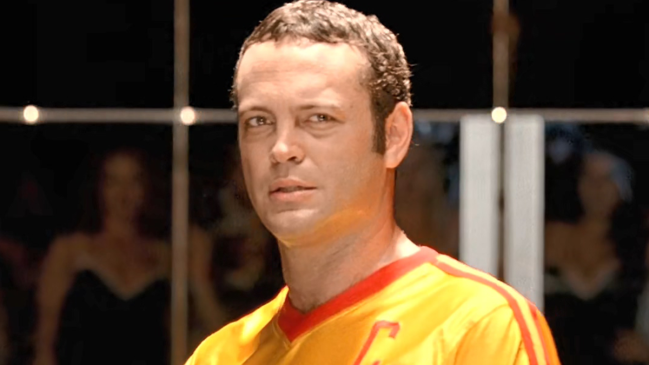 The first decade of the new millennium was an absolute goldmine for the Hollywood studios behind the many, many comedies that flooded the movie theaters that could count on audiences flocking to see projects from formidable funny forces like Adam McKay, Will Ferrell and Co. and Judd Apatow and his Merry Band of Improvisers, and the Broken Lizard crew.

The vast majority of those movies were built on a foundation of raunchy humor and defined by an essence best described as “hilariously stupid,” which is really the perfect way to describe the borderline cult classic that is Dodgeball: A True Underdog Story.

Released in 2004, Dodgeball harnessed many of the tropes at the core of movies from the 1980s and ’90s that revolved around a ragtag group of unlikely heroes coming together to take on a comically evil and overpowered rival while injecting them with the massive dose of absurdity that made the battle between two dodgeball teams representing rival gyms as entertaining as it was.

Dodgeball is far from the perfect movie, but it has a fairly lasting legacy thanks to a fantastic joke about ESPN 8 (a.k.a. “The Ocho”) that eventually became a reality more than a decade after it came out (a bit that also spawned the “That’s a bold strategy, Cotton” line that would undoubtedly be inducted into the Meme Hall of Fame on the first ballot if such an institution existed).

If Anchorman 2, Dumber and Dumber To, and other sequels that came out long after the release of the original have taught us anything, attempting to revive a franchise that’s laid dormant for over a decade tends to be a fairly risky venture that’s usually not worth the wait.

As a result, I was equal parts skeptical and intrigued when Justin Long said his Average Joe’s teammate Vince Vaughn had dreamed up a promising idea for a follow-up. He admitted convincing Ben Stiller to revive his role as White Goodman had the potential to be a fairly tall task, but his tall co-star seems to be fairly optimistic it might all come together based on what he recently had to say.

According to The Hollywood Reporter, Vaughn implied Stiller has begun to warm up to the idea of the sequel that also caught the attention of the studio the former pitched it to, saying:

“They’ve always talked about these things forever and I had an idea that was fun and the studio likes it, so we’ll see where it goes. I think Ben is open to doing it, I think he’s in the same boat as me actually which is if it’s a really fun and great idea then that’s fun, but if it’s just something to go do it again then why?”

You would just want to make sure going into Dodgeball that it feels like a nice continuation and a story that could stand on its own.

I think for all of us if it feels right and it’s funny, it would be something to go back to, and if it’s not, it’s just another idea getting kicked around.”

Based on how Zoolander 2 was received, it’s pretty easy to understand why Stiller would be hesitant to take a similar plunge. With that said, it’ll be a bit hard to not be intrigued if he does decide a new Dodgeball movie is worth his time.