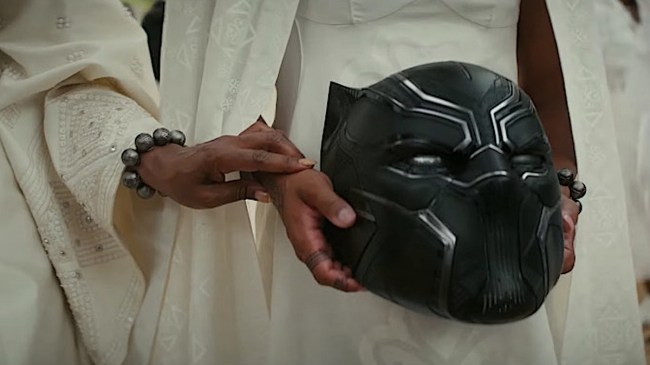 On the first Monday morning of October, Marvel Studios released the first official trailer for Black Panther: Wakanda Forever — the final film in the franchise’s “Phase 4” — to coincide with tickets being officially put up for sale.

Given the passing of former star Chadwick Boseman, the film will not only be addressing the death of his character T’Challa, but it will also be introducing a new Black Panther (most fans expect it to be Shuri, the character portrayed by Letitia Wright), and the character of Namor, the ruler of the underwater kingdom of Talocan.

Marvel fans are ready to be emotionally wrecked by Black Panther: Wakanda Forever after seeing the first official trailer for the film

Completely and totally ready to get emotionally face-fucked by #WakandaForever.

Perhaps not the most eloquent of descriptions but this is how I feel.

Layering in the impossibly difficult real life loss of Chadwick Boseman in a caring, loving and forward-moving tribute within the confines of a sprawling blockbuster interconnected franchise should be IMPOSSIBLE. Yet Coogler looks to have pulled off just that. Amazing. pic.twitter.com/tYGZNtue5K

So obviously my shittalking of the MCU does not apply to Wakanda Forever and Ryan Coogler ha ha pic.twitter.com/iD4gb2CTrw

I don't care what anyone says, Wakanda Forever genuinely looks like the best MCU film ever

Early next year, Phase 5 of the Marvel Cinematic Universe will kick off with the release of Ant-Man and the Wasp: Quantumania on February 17, 2023. Given the inclusion of Jonathan Majors’ Kang the Conqueror, the film is sure to be a tone-setter for what fans can expect from the franchise over the next few years.

RELATED: Hugh Jackman Publicly Addresses Return As Wolverine For First Time, Is Predictably STOKED About It