Redditor Loses $13 Million In One Day On GameStop Stock, Vows To Hold The Line – Mark Cuban Gives Advice To WallStreetBets 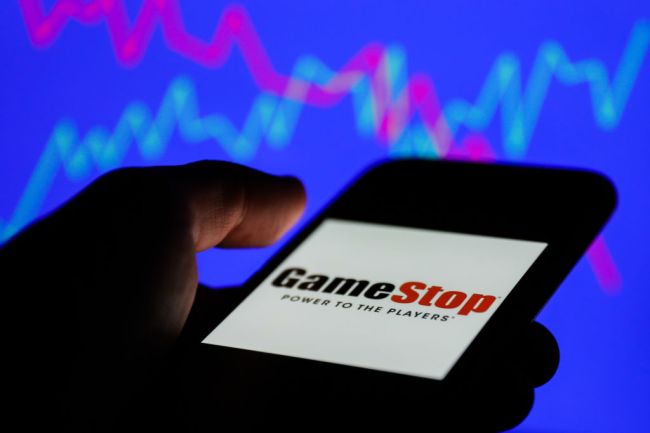 Keith Gill has been on a wild ride in the last month during the meteoric ascension of the GameStop stock (GME). Gill is better known by his Reddit persona – “DeepF*ckingValue.” He is one of the first amateur traders from r/WallStreetBets that speculated the financial opportunity in the severely shorted GameStop stock. The Redditors wrecked several hedge funds after the GameStop stock hit a peak of $483, approximately 1,800 percent higher than its price at the start of the year.

However, the GameStop stock that was a rocket to the moon, has come back to Earth a bit this week as the short squeeze started to fade. At the time of publication on Wednesday afternoon, $GME was trading around $100. The 34-year-old Gill lost $13.6 million on Tuesday as GameStop’s share price plummeted by 60 percent. That is on top of the $5.2 million loss on Monday.

Despite the recent losses, Gill said he is up $7.6 million from his original $53,000 investment in GameStop that he made way back in June 2019. The 34-year-old investor from Massachusetts says despite the losses, he plans to hold the line o the meme stock.

“I didn’t expect this. This story is so much bigger than me,” Gill told The Wall Street Journal last week. “I support these retail investors, their ability to make a statement.”

“People were doing a quick take, saying GameStop was the next Blockbuster,” the father-of-one said. “It appeared many folks just weren’t digging in deeper. It was a gross misclassification of the opportunity.”

Unlike other Redditors of r/WallStreetBets, Gill said he isn’t a troublemaker and isn’t out to bring down financial institutions or the “fat cats” of Wall Street.

“Roaring Kitty was an educational channel where I was showcasing my investment philosophy,” he said.

The GameStop saga has captured headlines and the attention of some big-time investors, including billionaire Mark Cuban.

“I think now that they’ve recognized their power and now that they’ve learned some lessons, we’re going to get more of it, not less of it,” the Dallas Mavericks owner told CNBC’s Squawk Alley on Tuesday. “It’s not going to be a set of circumstances where all these people lost money, they’re going to go home with their tail between their legs and they’re never going to do this again.”

“I always was taught, ‘You get long and you get loud,'” Cuban said “You get out there and create more buyers for your stock and the stock price goes up, and that’s exactly what’s happening here, except it’s just WallStreetBets that’s doing the ‘getting loud.’”

Cuban gave some investing advice to novice traders during a Reddit “Ask Me Anything (AMA),” “If you can afford to hold the stock, you hold. I don’t own it, but that’s what I would do.”

“Why? because when RH and the other online brokers open it back up to buyers, then we will see what WSB is really made of. That is when you get to make it all work,” Cubes stated. “I have no doubt that there are funds and big players that have shorted this stock again thinking they are smarter than everyone on WSB.”

"I am fan of what's going on with WSB and I like the idea of this collective buying. I think it could really have an impact on the markets in the future."@mcuban weighs in on the Reddit-fueled trades.@CNBC @carlquintanilla @dee_bosa @jonfortt $GME pic.twitter.com/oiIvXx6EJy