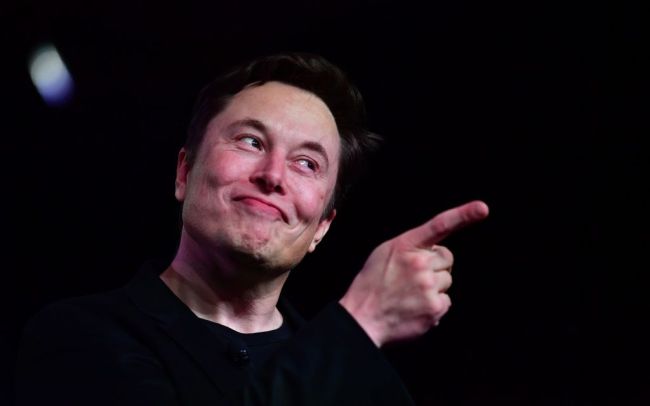 Elon Musk has a net worth of more than $180 billion, and the second-richest person in the world has taken a personal interest in the small-time Reddit investors who have launched a rebellion against hedge funds. The GameStop uprising took an interesting turn on Sunday night when Tesla boss Elon Musk grilled the CEO of Robinhood as to why the popular stock trading app blocked investors from buying shares of $GME, many of which were motivated by Reddit’s r/WallStreetBets.

Vlad Tenev, co-founder of Robinhood Financial LLC, defended his company’s “proactive” measures to block GameStop buys on the wall street trading app on Thursday. Tenev claimed that it was the “correct” decision to stop all buying options on $GME because the move was made to “protect investors.”

The Robinhood app was quickly met with animosity for its perceived biased ban. More than 100,000 1-star reviews rained down on the trading app last week, and a class action complaint was launched against Robinhood in the U.S. District Court, Southern District of New York. The complaint alleged that Robinhood “purposefully, willfully, and knowingly removing the stock ‘GME’ from its trading platform in the midst of an unprecedented stock rise thereby deprived retail investors of the ability to invest in the open-market and manipulating the open-market.”

Tenev’s tumultuous week was capped off by being interrogated by Elon Musk. The two tech giants clashed during an interview on the relatively new audio app Clubhouse. Musk set the combative tone early as he introduced Tenev as “Vlad the stock impaler.”

“Spill the beans, man — what happened last week?” Musk asked Tenev, adding, “Why couldn’t people buy the GameStop shares? The people demand an answer! And they want to know the details and the truth.”

Tenev replied by saying that the company “had been forced to temporarily stop users from buying those stocks because the surge had resulted in a deposit requirement of $3 billion from the National Securities Clearing Corporation (NSCC). Robinhood, which had raised only $2 billion in venture capital, spoke with the NSCC to get that requirement reduced to $700 million.”

His response echoed a statement that Robinhood issued on Friday.

Musk retorted, “Everyone wants to know, did something shady go down here? It seems weird that you get a sudden $3 billion demand, you know, at 3.30 am in the morning. Just suddenly out of nowhere.”

Vlad noted that there was no “shadiness.”

Musk asked Vlad if he was being held hostage.

“These are unprecedented events with these meme stocks, there was a lot of activity,” Tenev said, according to Tech Crunch. “So, there probably is some amount of extra risk in the system that warrants, higher requirements, so it’s not entirely unreasonable.”

Musk attempted to understand Tenev’s reasoning for blocking the GameStop stock, and asked if a higher entity was forcing his hand.

“So it sounds like this organization calls you up and they basically have a gun to your head. Either you put up this money or else. Basically, what people are wondering is did you sell your clients down the river? Or did you have no choice? And if you had no choice that’s understandable. But then, you know, we’ve got to find out why you have no choice. And who are the people that are saying you have no choice?”

Vlad responded, “I think that’s fair. We have to comply with these requirements, financial institutions have requirements. The formula, behind these requirements… it would obviously be ideal if there was a little bit more transparency so we could plan better around that, but to be fair, we were able to open and serve our customers and 24 hours later, our team raised over a billion dollars in capital so that when we do open tomorrow morning we’ll be able to, kind of, relax the stringent position limits that we put on these securities on Friday.”

Musk then asked, “To what degree are you beholden to Citadel Securities,” which is a big-time market maker and intermediary for Robinhood.

Tenev answered, “There was a rumor that Citadel or other market makers kind of pressured us into doing this and that’s just false. Market makers execute our trades, they execute trades of every broker-dealer. This was a clearinghouse decision, and it was just based on the capital requirements. So, from our perspective, you know, Citadel and other market makers weren’t involved in that.”

As of the time of publication, shares of GameStock dropped by as much as 35% on Monday before recovering a bit. GameStop was hovering around $235, down from Thursday’s all-time high closing price of 347.51.