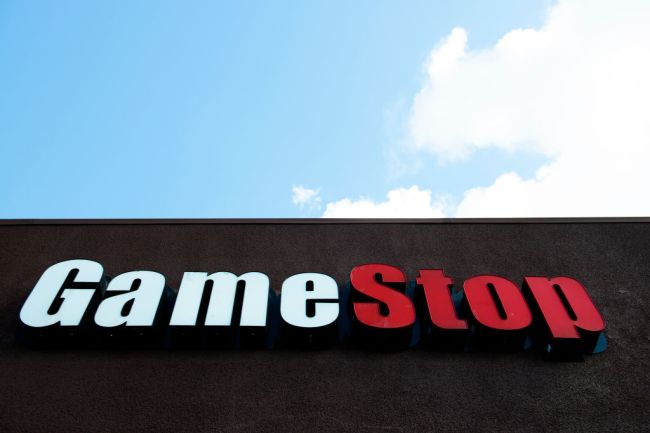 A legion of Reddit revolutionaries led a revolt against the hedge funds who attempted to short-sell the GameStop stock into submission. As of Friday, hedge funds and other financial institutions shorting GameStop stock had suffered estimated losses of $19 billion.

Redditors from r/WallStreetBets don’t appear to be going anywhere anytime soon, and have proclaimed that they will “hold the line.”

The Redditors have celebrated their early victory by using some of their anticipated gains by purchasing a massive billboard in New York’s Times Square. The digital advertisement ran in NYC on the corner of 54th and Broadway in Manhattan for an hour on Friday, and in perfect Reddit language, it read: “$GME GO BRRR,” the internet sound of a money-printing machine.

The ad was the creation of digital billboard maker Matei Psatta, who purchased the ad from his own company for the low price of $18.

“Did it purely to support the movement and make some people smile,” Psatta told the New York Post. “I’m considering running another but want to see how the sentiment is on Monday.”

There was also another billboard ad in Oklahoma, which reads: “We’re not leaving! GME.” The ad included the popular memes of diamond hands and rocket emojis soaring to the moon.

The photo of the billboard was posted to r/WallStreetBets by Oklahoman Tess Jenkins.

“We drove by it and took the picture,” Jenkins told The Post. “I think it’s great. I think more power to the people. I am excited. I am very happy this is happening. This last year has been kind of crazy. I’ve enjoyed it. My husband has been dancing.”

Billboard in Oklahoma City, OK! If someone can rent out a billboard for GME you can hold your shares!!! 💎 🖐!!!! (Left watermark for credit) from wallstreetbets

One of the Redditors’ mortal enemies, Robinhood, blocked users on the Wall Street trading app from buying $GME, but would allow investors to sell the GameStop stock. Vlad Tenev, co-chief executive officer and co-founder of Robinhood Financial LLC, said it was the “correct” decision to limit transactions on the suddenly volatile stock.

“Of course Robinhood stands for everyday investors,” Tenev alleged. “From the very beginning we have stood for investors opening up access. It pains us to have had to impose these restrictions and we’re going to do what we can to enable trading in these stocks as soon as we can.”

On Friday, Robinhood expanded the list of companies that they would limit transactions. There are now 50 companies on the restricted list, mostly because Robinhood fears what Redditors will do, much like they did to GameStonks.

RELATED: This 5th Grader Just Turned $60 Into $3,200 Thanks To GameStop Stonks