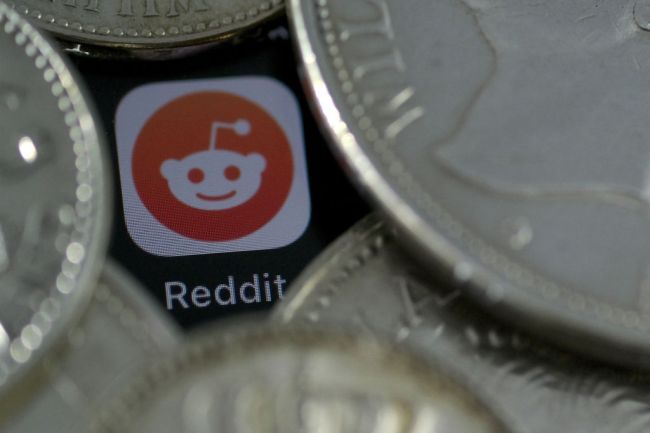 Silver futures surged by more than 9% on Monday to $29.42 per ounce, sending silver prices to an eight-year high. “Shares of Pan American Silver surged more than 9%, First Majestic Silver rose 18.7%, Hecla Mining spiked 21.8%, and Coeur Mining soared 17.6%,” Cheddar reported on Monday. Expert and amateur stock market analysts speculated that silver’s sudden rise could be tied to the same Reddit group that sent GameStop shares skyrocketing. However, members of r/WallStreetBets say that they aren’t sold on the precious metal commodity.

Immediately following silver’s unexpected outburst, the hashtag #silversqueeze trended on Twitter. The Redditors from r/WallStreetBets were blamed for attempting to squeeze silver shorts, much in the same way they had done to heavily shorted stocks such as GameStop (GME) and AMC (AMC) in an attempt to royally screw over hedge funds, which they succeded in doing. Last week, Reddit sent GameStop (GME) skyrocketing more than 1,600%. CNN Business reported, “Melvin Capital, a premier Wall Street hedge fund entangled in the frenzy over GameStop (GME), lost 53% in January.”

There is a popular post in r/WallStreetBets titled: “There is no silver short squeeze happening. NONE. NEVER.”

“Silver might go up nicely and for a time but don’t get high on hopium, this is not gonna go in the 100s,” the post read.

There is no silver short squeeze happening. NONE. NEVER. https://t.co/4MGiwEJiOV pic.twitter.com/RgQUlBvmAC

“IT’S A TRAP!” one Redditor warned, according to the New York Daily News.

Another Redditor said, “The amount of fake news, trade limits, hedgies saying they covered, silver manipulation only tells me THEY ARE STILL SCARED. These tactics would not be deployed if they covered and were out.”

“By buying silver … you would be directly putting money into the pockets of the EXACT HEDGE FUNDS ON THE OTHER SIDE OF $GME,” wrote a Redditor, adding that buying silver hurts the effort to prop up GameStop stonk. “It will put you on the sidelines from this righteous and glorious war we are in.”

Cryptocurrency investor Tyler Winklevoss wrote on Twitter, “The #silversqueeze is a rage against the machine.”

Cameron Winklevoss tweeted, “If silver market is proven to be fraudulent, you better believe gold market will be next.”

The #silversqueeze is a rage against the machine

If Silver market is proven to be fraudulent, you better believe Gold market will be next. HUGE implications especially for countries that have de-dollarized and central banks with large Gold holdings. #silversqueeze

Retail sites reportedly couldn’t handle the soaring demand this weekend for silver bars and silver coins. The Commodity Futures Trading Commission said it is monitoring the silver markets, adding, “remains vigilant in surveilling these markets for fraud and manipulation.”