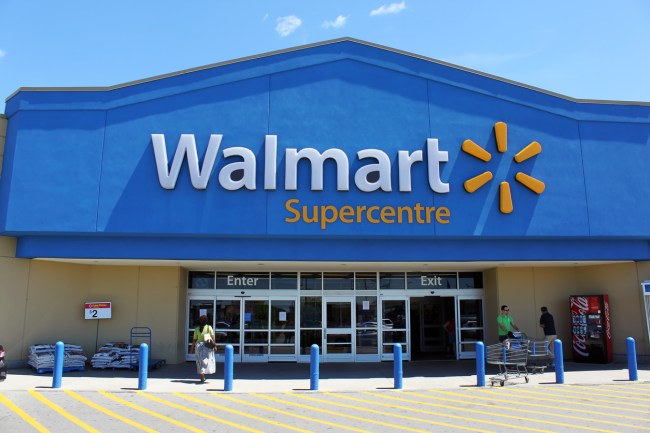 Seventeen-year-old Jackson Racicot succeeded in going viral last week when he filmed himself quitting the Alberta, Canada Walmart he worked at for a year-and-a-half.

The teenager posted the one-minute video of him denouncing the company and its employees on the store-wide intercom to Facebook after setting the stage:

“Attention all shoppers, associates and management, I would like to say, to all of you today, that nobody should work here — ever.”

Jackson claimed Walmart management didn’t care about its employees, his assistant manager called him a “waste of time,” and accused the store of cutting employee benefits to save money.

After the incident went viral, Jackson spoke to the New York Post about a few of the things that chapped his ass and prompted him to burn every bridge he built at Walmart.

“In January, our managers have what they call shit lists. One of the managers is actually extremely open about it. He’ll tell you to, you know, watch out and smarten up, or else you’re going to be on his shit list.”

“She just makes things obvious when she doesn’t want you there. She did call me a waste of time.”

Jackson went on to say that he’s gotten mostly positive feedback from people thanking him for raising awareness about labor issues faced by employees at the store and other corporations. He told the Star Edmonton that since he posted the video, he’s been contacted by several other Walmart employees who have expressed similar complaints.

As far as what’s next for Jackson, he said that even before he quit Walmart, he had locked down another job as a cook at a Greek restaurant. Who knows if that’s still the case.