The First Official ‘WandaVision’ Clip Has Been Released 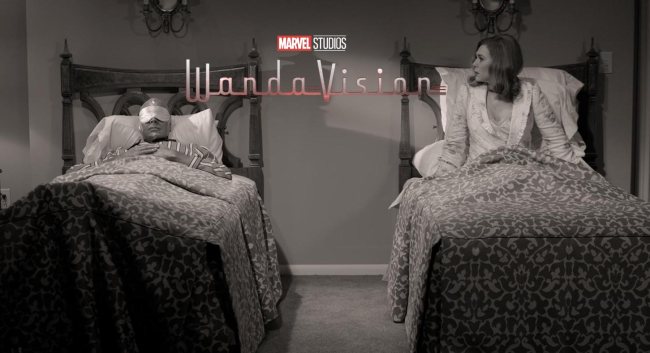 With the premiere of WandaVision just weeks away (in fact, according to recent rumors, that premiere could consist of *two* episodes), Disney has released the first official clip from the series, debuting a 60’s-style sitcom scene on Jimmy Kimmel Live! on Tuesday night.

While much about WandaVision is being kept under wraps, we do know that each episode (Disney has since confirmed there will be nine episodes) will have its own unique sitcom style, moving its way through the decades before it eventually arrives in modern-day, becoming a mockumentary, The Office/Modern Family-style series.

In a recent interview, series director Matt Shakman described his feelings for the series, saying it’s actually the perfect MCU project to launch the Disney+ era.

“Kevin Feige is incredible. He’s been just the best sort of champion for this project, and also the best source of wisdom and guidance,” Shakman told VFX Magazine. “The show beats with a love and an appreciation for the history of television, so it makes sense to be the first one out the gate, even though it wasn’t planned to be that way.”

“But it is a wonderful way to start Marvel’s work in the streaming world. A show that is a giant love letter to the history of television is a perfect way for the maker of the biggest blockbusters to come to television.” [via SFX Magazine]

WandaVision — the first project in the Marvel Cinematic Universe since 2019’s Spider-Man: Far From Home — will be the first MCU series on Disney+ when it debuts on Friday, January 15.

WATCH DISNEY+ HERE
We’ll be recapping and reviewing every episode of WandaVision on the Post-Credit Podcast, so make sure to subscribe and catch up on all of our old episodes before the 15th.