Warner Bros. Rumored To Be Considering Applying The ‘Joker’ Formula To Other Batman Villains 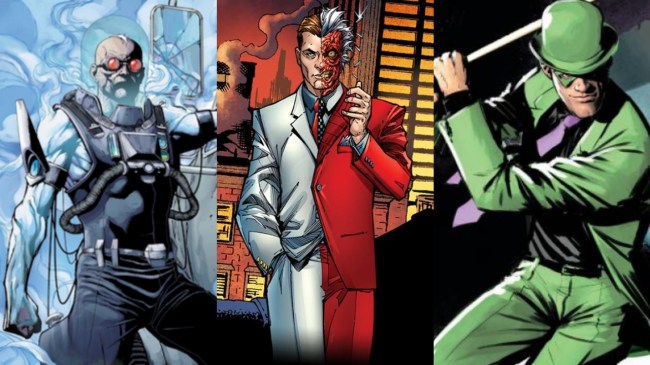 It goes without saying the Warner Bros. ride with DC Comics movies over the last seven years since The Dark Knight Rises was released has been a roller coaster.

From average outings such as Man of Steel, Shazam!, Aquaman, Batman v. Superman: Dawn of Justice, to downright disasters such as Justice League and Suicide Squad, to legitimately excellent films such as Wonder Woman, Warner Bros’ recent DC output as been up and down for some time now.

Desperately trying to recreate the success of the Marvel Cinematic Universe, Warner Bros. tried to shotgun a DC Comics shared cinematic universe together and paid the price, as the rushed attempt at capitalizing on Marvel Studios’ success largely resulted in failure.

However, with Joker being praised by critics and audiences alike and racking in tons at the box office, it appears that Warner Bros., finally, has a leg up on Marvel Studios: the gritty, indie-driven use of villains.

According to We Got This Covered, citing various sources, Warner Bros. is exploring the possibility of expanding the wildly successful approach they took with Joker and applying it to other iconic Batman villains, namely Two-Face, a.k.a Harvey Dent, Mr. Freeze, a.k.a. Victor Fries, and Riddler, a.k.a. Edward Nygma.

According to sources close to We Got This Covered – the same ones who told us Jonah Hill would be in The Batman and that Tom Welling was returning for “Crisis on Infinite Earths” – Warner Bros. wants to produce more standalone villain films outside of the core DCEU, with Two-Face reportedly one of the next candidates to get his own movie alongside Mr. Freeze and Riddlee pictures.

More so than any other comic book property, Batman’s rogues’ gallery is ripe for origin stories, as every single one of his main enemies has the benefit of a rich back story. And given that Joker may be the biggest DC-related hit that Warner Bros. has had since The Dark Knight Rises, it should come as no surprise that they’d be looking to reapply to the formula to other bankable characters.