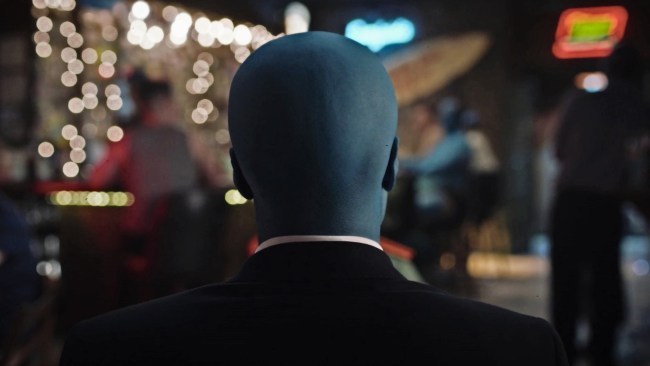 After what amounts to an entire season of mystery that required the utmost patience and attention of its audience, the pieces of Watchmen finally began to fall into place in recent weeks, culminating in “A God Walks Into Abar”, an hour of television that is among the year’s best.

Warning: spoilers for Season 1, Episode 8 of WATCHMEN will follow.

After LOST and before Watchmen, series creator Damon Lindelof helmed the under-watched and underappreciated drama series The Leftovers, which was a three-season long meditation on loss, grief, and our place in the universe that largely went undetected by the casual television-watching public.

Exploring a world in which two percent of the population mysteriously vanishes, The Leftovers saw Lindelof build on all the pillars that made him such a special talent when he and J.J. Abrams were redefining the medium of television back in the early 2000s with LOST.

After a shaky and overly brutal first season, The Leftovers would eventually rebound into form thanks to a much-needed shift in both tone and setting. While we’re not here to rehash the history of The Leftovers, the point is that it would eventually grow into — for my money — the best TV series of the decade.

But while The Leftovers legacy was ultimately shaped and molded over the course of three seasons, it seems as though Watchmen is pulling off the same sort of miraculous run of form, albeit over just three episodes.

In the early goings of Watchmen, while I was thoroughly entertained, I wondered how the casual viewer would respond to the show, as the series is not only dense with ideas, but there was very little in the way of narrative pay off. Questions about Ozymandias would only be answered with different questions about Hooded Justice, and so on and so forth. All squeeze and no juice, as it were.

But ever since Angela Abar downed the bottle of Nostalgia at the end of episode six, what has followed since is some of the strongest television of the year. Watchmen is now operating with Lindelof at the peak of his powers, as it sees the now 46-year-old writer sublimely melding incredibly emotional story-telling with heady concepts and complex narrative structure.

In “A God Walks Into A Bar”, Lindelof successfully tells the “origin story” of a being so omnipresent that his origin is both the beginning, the middle, and the end, and they’re all happening at once. And yet, despite the obvious narrative challenges that telling a singular story that is unfolding in multiple timelines presents, Lindelof does so with aplomb, weaving together what Doctor Manhattan has been up to since the events of the original Watchmen in nothing short of beautiful fashion.

One of my favorite moments in an episode full of show-stopping scenes.#WatchmenHBO pic.twitter.com/Jrxzewmmxl

From the barroom courtship of Angela to snow-covered lair reunion with Adrian Veidt to the climactic cul-de-sac shootout, Watchmen delivered everything television should be in its penultimate hour — thrilling, challenging, soul-stirring story-telling.

In the beginning, Watchmen was aloof, holding its cards close to the chest in hopes of keeping the audience as distant as Doctor Manhattan. But, in the end, similar to the man once known as Jon Osterman, Watchmen revealed that it’s been hiding where it’s also been headed all along: right at home.