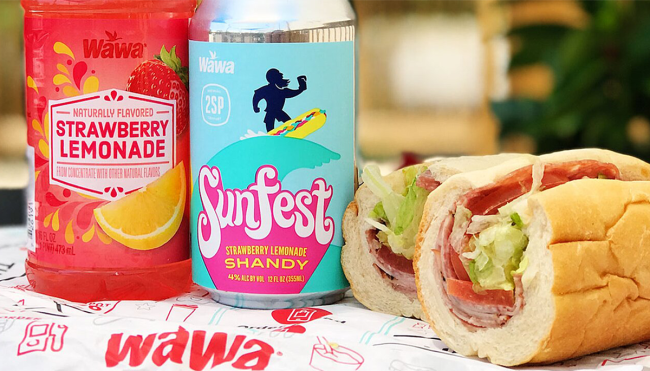 I feel bad for anyone who wasn’t aware of the magical wonderland that is Wawa before it Had A Moment when it was deployed to give Mare of Easttown some Delco street cred earlier this year—a gesture the hallowed chain acknowledged by adding a new cheesesteak to the menu in the show’s honor.

Sheetz may have its merits, but there’s a reason Wawa has always had the upper hand in the fierce Mid-Atlantic Convenience Store War that has raged for decades. In fact, I’d argue Wawa isn’t a store but rather an experience; when you step up to the kiosk at the deli, you’re not just ordering a hoagie—you’re entering an incredible world of infinite possibilities.

I can’t visit Pennsylvania without making the pilgrimage to Wawa to grab a stash of soft pretzels and the lemonade I almost ruined for myself when I used it as a mixer while postgaming a wedding a few years ago before spending the next morning getting way too much facetime with the toilet on a Greyhound.

As a result, I’m very intrigued by a new collaboration between Wawa and 2SP Brewing Company called Sunfest, a sessionable shandy made with the chain’s absolutely delightful Strawberry Lemonade.

According to Food & Wine, Pennsylvania’s impressive inability to exercise any amount of common sense when it comes to regulating the sale of alcohol means you can currently only pick up the strawberry lemonade shandy at six Wawa locations in the state.

However, the crushable 4% ABV beer should start popping up in other stores and bars next week, so if you’re looking for a boozier alternative to water ice from Rita’s for some refreshment this summer, you’ll probably want to track some down.