#Jackass Forever
BroBible may earn a commission if you buy a product or service via links in this article.
by Eric ItalianoApril 19, 2022 10:00 am 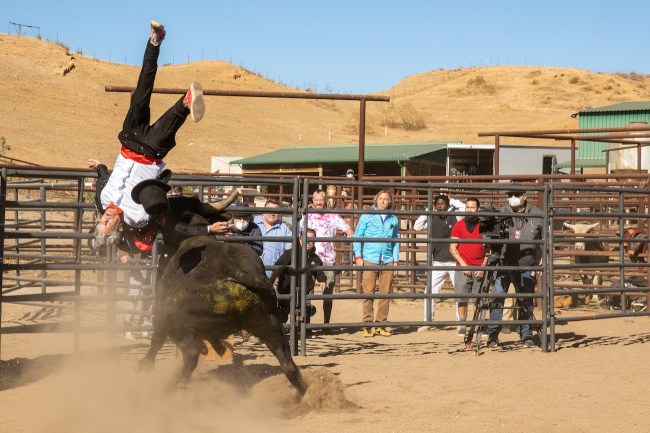 If there’s one thing that jackass has taught us over the years — other than the fact that “the stunts were performed by professionals so for your safety and the protection of those around you, do not attempt any of the stunts you’ve seen,” of course — it’s that the beloved franchise is best enjoyed in the company of others. Because if there’s one thing better than laughing your ass off at the plight of others, it’s doing it with like-minded people.

With that in mind, and to celebrate the digital at-home release of jackass forever, the BroBible team and members of the legendary jackass squad hopped on Twitter to host a watch party for the film that was full of both inside details about the making of the movie and, obviously, jokes at the expense of the bone-crunching crew.

jackass forever — the perfect movie for when you just need some laughs — is out right now on Digital, Blu-ray and DVD, with exclusive footage of more ill-advised and outrageous stunts not seen in theatres.

Johnny Knoxville is basically The Joker at this point.#jackasswatchparty pic.twitter.com/mnwmoUTwzd

If you don’t shoot Johnny Knoxville out of some sort of cannon, did you really even make a Jackass movie?#jackasswatchparty pic.twitter.com/LtlUs6AkC2

The basic premise of this movie is what would happen if guys were allowed to just be dudes forever?#jackasswatchparty pic.twitter.com/DZTWQpjQk1

That rocked so hard. I feel like I just got off my favorite rollercoaster and I wanna ride it again. Gotdamn that was fun. tyty for an awesome watch party!!!! @jackassworld @wolfiecomedy @Poopiesgram @chrispontius @BroBible #jackasswatchparty ☠️ pic.twitter.com/EKC8wrcWPa

When the salmon came out he knew it wasn't gonna be bees #jackasswatchparty pic.twitter.com/PFjFH9rnb9

Jalen Ramsey deserves an Oscar for his two minutes in the Jackass movie #jackasswatchparty pic.twitter.com/nF0I2IBcPh

jackass forever tweets from the crew themselves

I just wish this movie had more cock! #jackasswatchparty

I don’t kiss on the first date

WEEMAN TO THE MOON! #jackasswatchparty