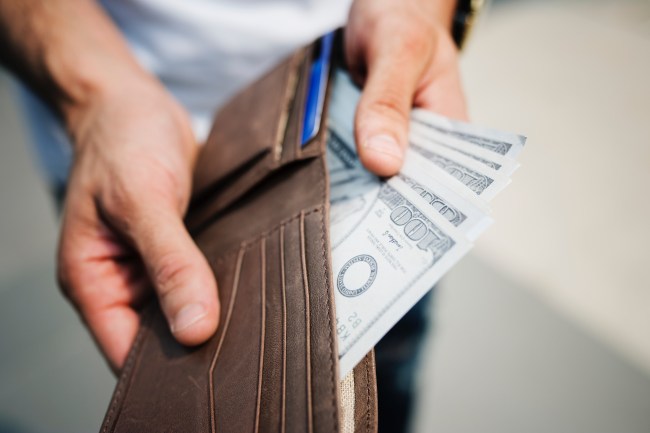 Being wealthy has a different meaning to different people, with someone’s personal values becoming a huge factor in what matters most.

Some people can say they’re happy as hell without having a big-time salary or stress of a full-time job, instead choosing to work for themselves and keep things simple. Others want to get rich and live in luxury, hoping that millions of dollars will, ultimately, make them the happiest. But because things are so objective when it comes to what being wealthy really is, there’s no exact answer as to how much someone needs in order to be considered rich.

To at least help give an idea, Charles Schwab conducted its 2019 Modern Wealth Survey, which examined how 1,000 Americans think about saving, spending, investing and wealth. When putting in factors such as cost of living, age and the city they live in, being wealthy sure does take a different meaning.

For most Americans, $2.3 million is the average amount of money necessary to be considered wealthy. But respondents from San Francisco seemed to dispute that, with people from that city — which is one of the most expensive cities to live in in America — saying that they think that $4 million is what it takes to be considered wealthy. And, when broken down into generations, baby boomers think that it takes $5.1 million to be wealthy, where as millennials think it takes $3.6 million, so it’s interesting to see some of the various results.

As for people from New York, they think it takes $3.2 million to be considered wealthy, whereas Washington D.C residents think $3 million is the magic number. Obviously, because cost of living is higher in those places, residents will have different standards of what being wealthy really means. But, man, even the average of $2.3 million is a lot of money, so to think that it wouldn’t be enough to live happily and be “rich” is kind of concerning.

Then again, we all know some people who think being rich is the ticket to flying around the globe and driving luxury cars from huge mansions, spending money left and right. If that’s the life you want to live, be prepared to work harder at making more, ’cause that’s unsustainable.