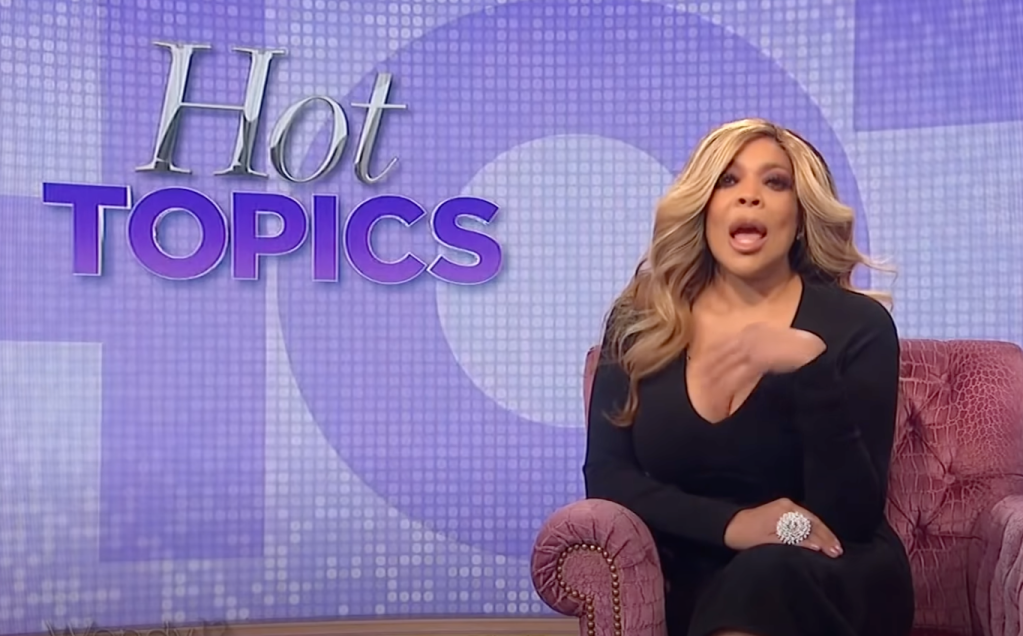 Burping and farting are objectively funny. Bodily functions make for some of the best physical comedy around and it’s even funnier when it’s unintentional AND AND AND it gets even better when the person who burp-farts or snarts themselves is someone who takes themself very seriously. Watching their confidence erode as the fart slips out is chicken soup for the soul. This is a hill I’m willing to die defending.

I’ll be 100% honest with you guys. I’ve never watched a single episode of The Wendy Williams Show in my life and I couldn’t even tell you what channel it’s on. Everything I know about her I’ve learned from the numerous time she’s ended up in the news for doing something objectively sh*tty.

I don’t know if she routinely belches out both ends on camera like this. There are some clips on YouTube calling her the ‘Burping Queen’ which is a claim I cannot verify. But I can laugh at this clip of squeaking one out of both ends on camera and turning red with embarrassment.

DID WENDY WILLIAMS JUST BURP N FART AT THE SAME TIME?? I- 😭😭💀💀 pic.twitter.com/aXvbP9SZvw

The clip is trending on Twitter. Countless people have shared the video. What I find odd is this isn’t the first, second, or third time that she’s been accused or filmed ripping a heater while belching on camera. Based on the YouTube search results, Wendy Williams is a certified Fart Factory. Maybe that’s part of her appeal? Her ‘Controversies’ section on Wikipedia is like 15 paragraphs long so maybe it’s the extreme gas emanating from all orifices that draws in viewers? Help me understand.

Based on my extremely thorough research here…and by ‘extremely thorough’ I mean a YouTube search of ‘Wendy Williams Burp and Fart’…it is now only a matter of time until she denies squeaking one out while burping. Twitter’s not going to believe her though. The people are here for the Burp-Fart combo.

BREAKING NEWS THAT WILL MOST DEFINITELY CHANGE YOUR LIFE: Wendy Williams burps and farts at the same time in the middle of her show. pic.twitter.com/1D3ag3GMzw

I’m pretty sure Wendy Williams let out BOTH a burp and a fart. You be the judge. Either way I’m here for it. #WendyWilliams #HowYouDoin pic.twitter.com/S2gLR5LgKa

As mentioned in the headline, Google suggests that Wendy Williams gets paid $10 million a year. A cool ten million to rip juicy farts on air. If that’s not living the dream then I don’t know what is.