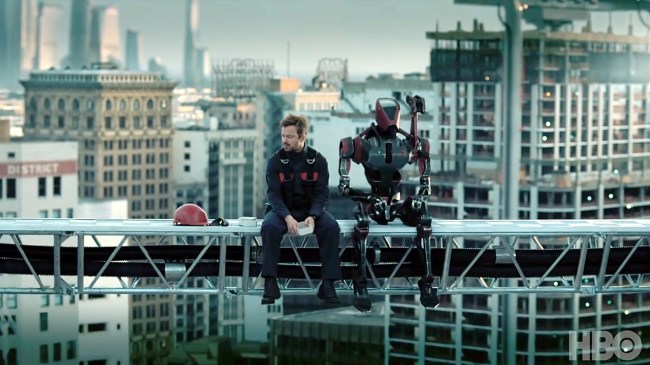 While Westworld is inarguably one of the most compelling and slickly produced dramas currently on television, it’s also — for better or for worse — extremely complex.

Hoping to make it their next Game of Thrones-level hit, HBO has invested serious resources into making the show a success, and so far, have achieved just that.

That said, while the second season of Westworld was certainly an entertaining one, it was also muddled down by extreme convolution as the entire plot was seemingly designed to be a riddle wrapped in a mystery, keeping fans in the dark until the very final episode (which, granted, was pretty fucking wild).

Now, with the third season currently under production, the showrunners and writers — Jonathan Nolan and Lisa Joy — are putting in the leg work to assure fans that the upcoming third season won’t be as aggressively confusing.

“This is season is a little less of a guessing game and more of an experience with the hosts finally getting to meet their makers,” co-showrunner Jonathan Nolan told Entertainment Weekly.

“I love shows that find a groove and hang with it for 100 episodes — that was never this show. We always wanted every season to find our characters in radically different circumstances. And with a cast this talented, watching the metamorphosis of all these characters is one of the most fun parts,” Nolan continued.

That’s certainly reassuring, as the second season of Westworld frequently teetered between “intelligently complex” and “downright confusing”, often leaning towards the latter.

The third season of Westworld will once again take the show to new heights, as a near-future version of Los Angeles will be one of the season’s major settings — making it the first season to take place outside of the Westworld park itself.

Not only have the locales changed, but the cast has as well, as three-time Emmy Award winner Aaron Paul (Breaking Bad) will be joining the cast as a main character.

While Westworld III has no official release date at this time, it will likely premiere on HBO in the first half of 2020.