What Will Happen When The GameStop Bubble Bursts? It Could Be A Lot Like Trading In A Used Video Game There 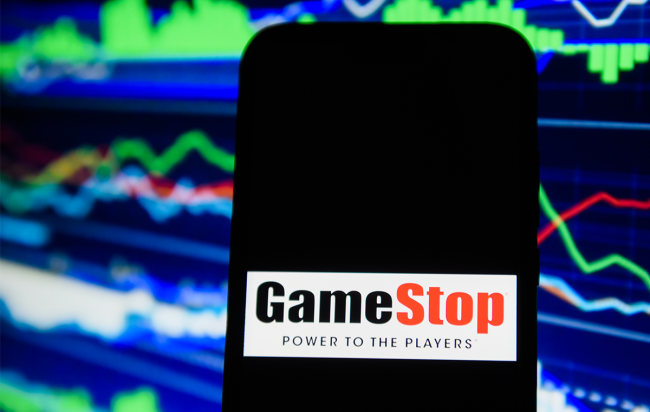 A couple of weeks ago, the idea that people around the world would rally to defend the honor of GameStop—fucking GameStop!—seemed about as realistic as Comcast being lauded for the quality of its internet services or Spirit Airlines being praised for providing customers with an unparalleled flying experience.

Last year, the retail dinosaur made headlines when it attempted to argue its employees were “essential workers” even though the brick-and-mortar chain has managed to become one of the most inessential businesses in existence. The rise of digital downloads had already made GameStop a largely irrelevant player in the video game space, and it seemed like the pandemic would serve as the final nail in its coffin.

A number of professional investors came to that same conclusion, as a variety of hedge funds decided to short the company’s stock in the hopes they’d be able to drain it for everything it was worth as it entered what appeared to be its final death throes. More than a few of them were more than happy to let the world know how much they stood to make by betting on GameStop’s demise, but as you likely know by now, that strategy backfired after day traders on Reddit banded together to make a bet of their own.

As result, the stock market has been treated to one of the wildest weeks in recent memory as the denizens of r/WallStreetBets sparked a massive movement that resulted in GameStop’s stock skyrocketing to almost $470 after the market opened on Thursday before Robinhood and other trading platforms found themselves at the receiving end of the internet’s ire when they temporarily prevented users from buying shares.

The halt caused GameStop stock to plummet to $132 over the course of an hour, which also led to the writing of this article coming to an abrupt stop, as it seemed foolish to spend time explaining what could happen when the rapidly growing bubble popped when you consider it looked like there was a chance it had already happened.

However, the Wall Street Bettors responsible for GameStop’s meteoric rise came together to hold the line, as it popped in a very different way when trading opened on Friday morning and is currently sitting at around $335 as of this writing.

There’s no telling when this meme-inspired surge will come to an end, and while people are continuing to pour money into GameStop, you have to assume the wild roller coaster ride will come to a screeching halt at some point when the bulls who hopped aboard decide to finally cash in—and some people could be in for a very rude awakening when that seemingly inevitable moment arrives.

Like most people, I’ve gotten a crash course in the inner workings of the stock market courtesy of the GameStop saga, and while I’m certainly not an expert, I am in a group chat with a couple of finance majors who’ve been kind enough to repeatedly explain what the hell is going on phrased in a way my simple, simple mind can understand.

Of the many, many questions I’ve had about what’s unfolded, there’s one that’s been on my mind more than any other: what’s the ultimate endgame? Sure, the people who are pumping the stock might lead you to believe their primary goal is sending a message to Wall Street, but a significant chunk (if not the vast majority) of those who’ve gotten in on the action are probably slightly motivated by the money that stands to be made.

However, it seems like a lot of retail investors are focusing on the potential short-term gains as opposed to the concept of unrealized gains, and it seems like there’s a very good chance the endgame could mirror the end of Avengers: Endgame based on how much money could ultimately disappear into the ether.

Even if you know virtually nothing about the stock market, you’re probably aware that if you want to sell a stock, you need to find someone who’s willing to buy it. However, it doesn’t take a genius to realize purchasing shares in the middle of a massive sell-off probably isn’t the wisest move.

As a result, people who attempt to unload their investment could find themselves treated to the ultimate ironic twist, as attempting to sell GameStop shares as they decline could be tantamount to attempting to trade in a video game there. While the stock might be worth a certain amount on paper, that doesn’t necessarily mean that’s what you’ll receive if you try to sell it, as the market could essentially transform into an auction house where buyers are only willing to offer what they think the stock will ultimately be worth as opposed to its value at the time of the attempted sale.

There’s no telling how significant the gaps in asks and bids could be, as there’s no way of guessing what GameStop’s ultimate ceiling will be and how drastic its decline could be. However, if you’ve ever walked into GameStop expecting to get $40 for a game only to walk out with $4 when everything was said and done, you might want to brace yourself for a similar experience.