What Is CBD? Here’s Everything You Need To Know About The Revolutionary New Sensation 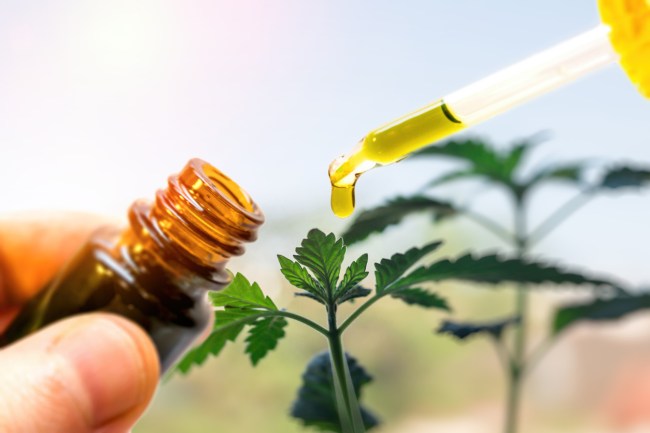 Over the years, I’ve chatted with a number of health professionals smarter than myself who say “alternative medicine” would just be called “medicine” if it actually worked and I have to say they make a pretty valid point.

For millennia, untraditional practitioners have peddled countless questionable treatments that promise to serve as an antidote to practically every ailment imaginable—I’m looking at you and your vagina eggs, Gwyneth Paltrow—and these snake oil salesmen (and women) have made people naturally skeptical whenever someone claims to have discovered what appears to be a cure-all.

However, a new substance recently burst onto the scene that seems like it’s too good to be true: CBD.

In the past year or so, I have become intimately familiar with CBD, and as a result, I figured I’d take some time to answer some of the questions I’ve asked myself while getting acclimated with the new sensation.

Strap in—it’s time to get familiar. 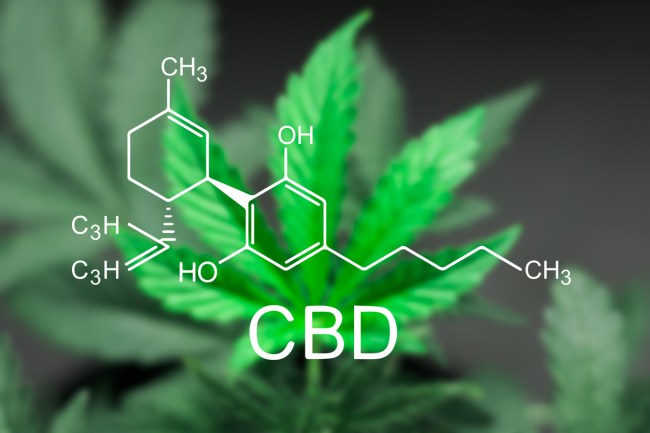 CBD is one of the over 70 cannabinoids that can be found in the marijuana plant, all of which have their own unique impact on the body.

The most active cannabinoid is THC—a.k.a. the thing that gets you high—but there are plenty of other compounds that don’t share its psychoactive properties.

This includes CBD—short for “cannabidiol”—which is the most prevalent compound found in the hemp plant (it has the same chemical makeup as THC but, as you’ll soon see, they impact the body in very different ways).

Project CBD did a deep dive into the science behind CBD if you’re looking to get real technical, but in short, it stimulates a number of receptors in the body that can have a variety of therapeutic effects that we’ll get to right…now.

What Exactly Does CBD Do? 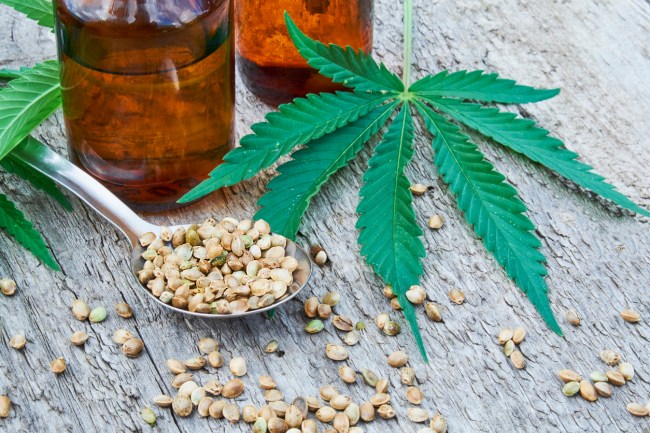 To borrow a term from hockey parlance, CBD is a 200-foot player.

Do you suffer from anxiety? CBD is there to save the day. Have trouble sleeping? You can skip the melatonin because CBD has your back. Joint pain? Inflammation? CBD wants to be your superhero (oh yeah, oh yeah).

Those are some of the most common—and medically supported—benefits of CBD but science suggests it could have a major impact on more serious ailments including cancer and diabetes in addition to a variety of neurological conditions like Alzheimer’s and Parkinson’s.

That’s the kind of person you want on your team.

How Can I Consume CBD? 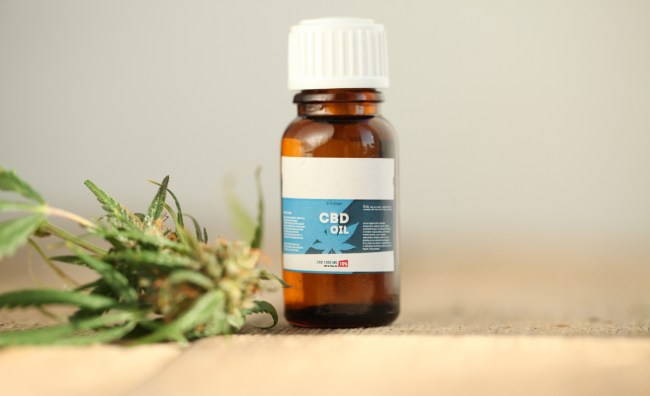 There are a number of ways to extract CBD from cannabis or hemp but you’re usually going to end up with an oil that can be harnessed in a variety of ways.

Some people decide to take CBD oil straight up—simply putting a few drops under your tongue for a minute or so will kickstart the process. However, as Grub Street recently noted, there is an absurd number of edibles available on the market that are infused with the extract, including fancy popcorn, hummus, and jelly beans.

If you’ve hopped aboard the vape train, you can also pick up cartridges and pens that let you inhale the oil with the added benefit of impressing people with a dope cloud.

However, CBD doesn’t have to be consumed in order to be effective. As mentioned above, it can fight inflammation and joint pain and there are plenty of topical treatments available to treat a variety of ailments (I started using CBD beard oil a few months ago and haven’t looked back).

Oh. You can also put CBD up your butt if you’re into that kind of thing. I won’t judge you (but other people might).

How Much Is A Standard Dose Of CBD? 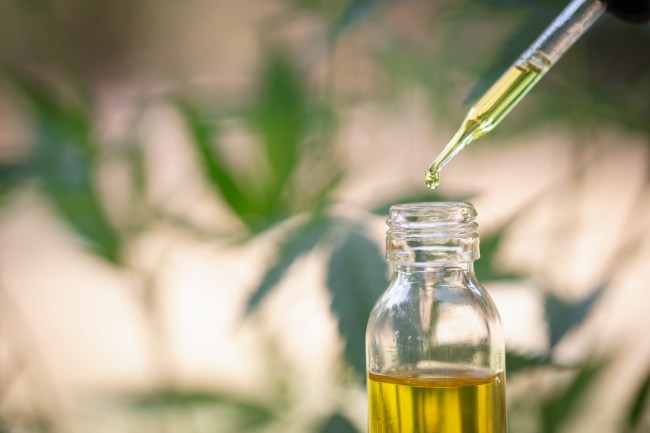 As is the case with every drug, there’s technically no “standard” dose of CBD. As CBD Origin notes, there are a variety of factors that come into play, including weight, the severity of the symptoms you’re targeting, and the concentration of CBD in whatever product you’re harnessing.

Honest Marijuana put together a dosage calculator that should help you get a better idea of where to start. Edibles are probably your best bet if you’re just getting into the CBD game, as it’s much easier to keep track of how many milligrams you’re ingesting compared to tinctures or vaping.

If you’re looking for a specific answer, the general consensus seems to be that 20-25 mg is a pretty good jumping off point for the average person.

While you’ll probably have a natural urge to increase the dosage at some point, some studies have shown prolonged CBD use can actually result in a reversed tolerance, so up it at your own risk.

Does CBD Have Any Side Effects? 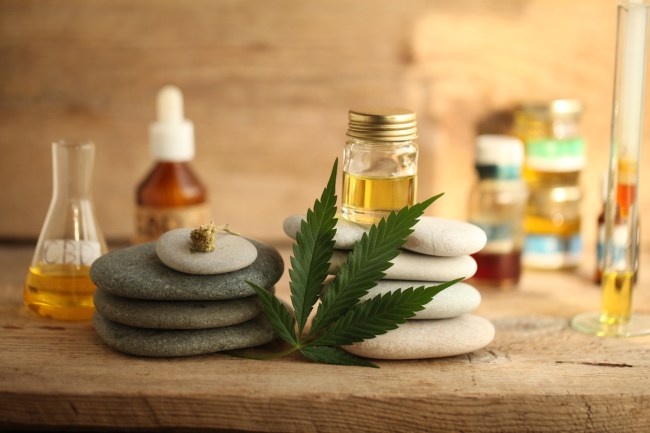 While plenty of CBD evangelists love to pretend there are no downsides to taking CBD, you should know it (like basically every medicine) does come with its fair share of risks, including:

Interestingly enough, CBD can also trigger at least one of the problems it’s supposed to cure, as some people have actually felt more anxious after ingesting it.

I don’t know anyone who—like Mos Def in The Italian Job—has had a bad experience with CBD but it never hurts to know what you’re getting yourself into before you take the plunge. 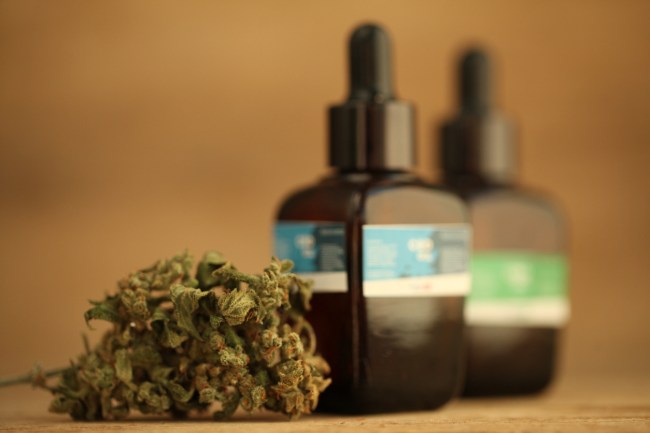 As you probably know, marijuana is a Schedule I drug and supposedly has no medical benefits despite all evidence to the contrary (33 states and the District of Columbia all have medicinal marijuana programs in place).

The same can’t be said for CBD, which is totally legal under federal law. In fact, the FDA recently approved a CBD-based drug designed to treat epilepsy, which was admittedly pretty chill of them.

You know what isn’t chill, though? Failing a drug test (that’s what we in the industry call a “segue,” folks).

However, how concerned should you really be?

Will CBD Make Me Fail A Drug Test? 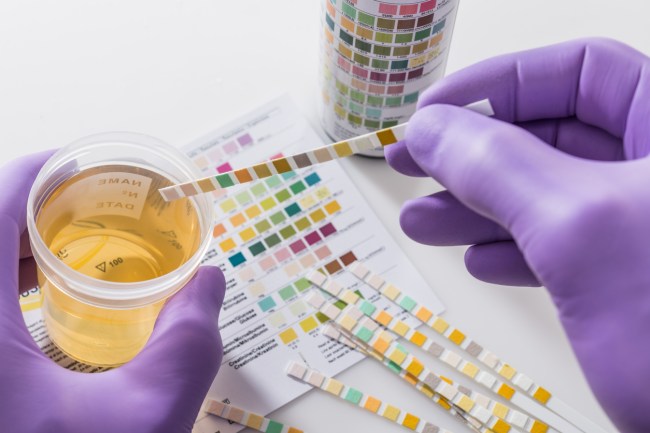 This is one of the more common questions I’ve come across from people who want to see what all of the fuss is about.

As I previously mentioned, CBD is just one of a number of cannabinoids that can be found in cannabis plants, and while you can theoretically look for it, you average drug test is only trying to detect signs of THC.

With that said, you’re going to want to be a little careful.

Most CBD products contain trace amounts of THC—.3% or less—but some experts say there are a number of wares on the market that contain enough of the compound to actually get you high and could potentially cause you to fail a drug test if you consume enough of them (one source says anything above 1000 mg—which is a lot—could put you at risk) .

As a result, you’re going to want to make sure you’re buying CBD from reputable sources, which can be easier said than done when you realize how unregulated the industry is in its current form.

However, at the end of the day, the rewards more than outweigh the risks, but if you’re still a little anxious, might I suggest trying some CBD?

Where Can I Buy CBD?

CBD can be purchased online and it is mostly direct to consumer. But a new marketplace (think of it as the Amazon of CBD) called CBDEE recently launched and not only can you shop hundreds of brands, but CBDEE breaks down products based on your preferences and needs. So if you are looking for the best edible to help you with a hangover, or the best topical to relive your chronic pain, CBDEE.com is the place for you.