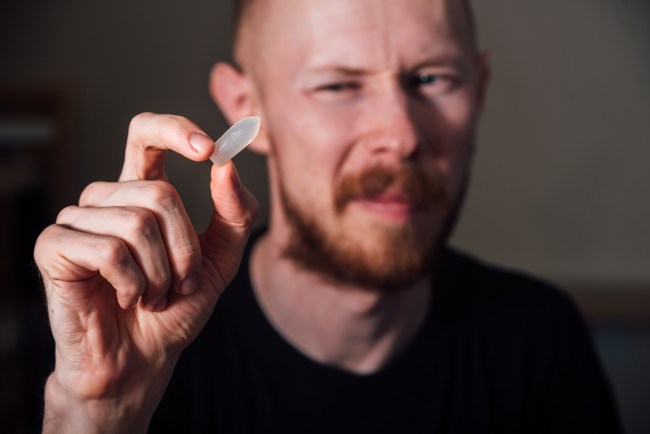 I’ve spent a solid chunk of my adult life trying to deal with crippling anxiety and an existential sense of dread, and over the years, I’ve come across a number of different coping mechanisms people recommend employing when you’re feeling overwhelmed— some of which have worked better than others.

In my younger days, I was a big fan of the classic “compartmentalize your feelings and hope today isn’t the day the emotional volcano inside you finally erupts” approach, which wasn’t exactly the best strategy in hindsight.

If you can’t bring yourself to meditate, there are also plenty of substances you can use to medicate— some of which are slightly more legal than others. However, there’s one particular one that’s recently garnered a fair amount of attention: CBD.

If you’re not familiar with CBD, it’s a very cool and very legal cannabinoid that’s derived from the marijuana plant. The substance lacks the psychoactive properties that come along with THC but has plenty of therapeutic effects, which means you can take some without having to worry about melting into your couch.

There are a number of ways to consume CBD, whether it’s taking a hit of a pen, popping a gummy or two, or putting a couple of drops of oil under your tongue.

However, if your preferred method of delivery is shoving stuff up your butt, you were out of luck— at least until now.

Earlier this month, the California-based CBD Living introduced the world to suppositories packed with 50mg of stress-relieving power to fill a void I didn’t even know existed until now.

At first glance, it appears the product is targeted primarily at people who can’t consume CBD in traditional ways due to various medical ailments, which is actually pretty cool.

However, according to a press release, there are also some potential benefits with going the wrong way up a one-way street:

At this tiny size, CBD is able to easily penetrate the blood membrane, allowing for increased absorption and faster effects.

The body also absorbs much more of the CBD this way, meaning consumers often require lower doses of CBD Living products than of those manufactured without using nanotechnology.

I’ll take their word for it.