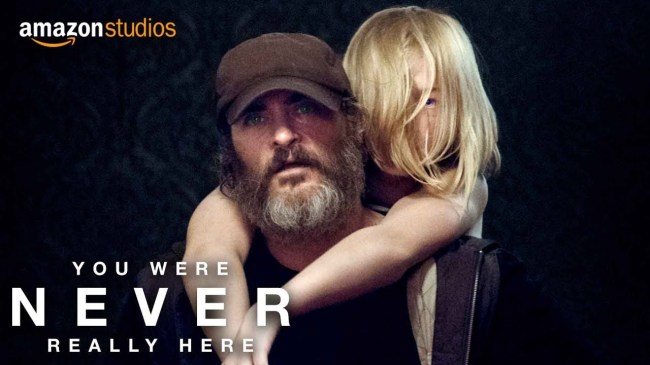 Unfortunately, the NFL does not play games 24/7 between September and February as most of us would like. Which leaves a huge gap of free time where we have to find something else to watch.

The good news is, one, NFL Network exists, and two, there is a plethora of TV shows and movies available on our televisions, tablets, phones and computers through streaming services like Amazon Prime.

Speaking of which, check out what’s new on Amazon Prime Video for the month of October 2018.

• Extrano Enemigo S1: The Prime Original series is a one-hour political thriller based on actual events leading up to and following the 1968 Tlatelolco Massacre. The story chronicles Commander Fernando Barrientos’ mission to become Mexico’s next President, following his path full of manipulation, betrayal and murder. Extrano Enemigo will be available in UHD on compatible devices. (Oct. 2)

• The Man in the High Castle S3: In the third season of the Prime Original series Juliana grapples with her destiny after seeking safety in the Neutral Zone and working with Trade Minister, Tagomi, to interpret the last remaining film mystery. Meanwhile, tensions rise between the Reich and Empire, Joe Blake is sent on a diplomatic mission to San Francisco, where he and Juliana reunite. The Man in the High Castle will be available in UHD and HDR on compatible HDR devices. (Oct. 5)

• The Romanoffs S1: The Prime Original series directed, and executive produced by the creator of Mad Men, is a contemporary anthology series set around the globe and features eight separate stories about people who believe themselves to be descendants of the Russian royal family. Each story takes place in a new location with a new cast. The Romanoffs will be available in UHD and HDR on compatible HDR devices. (Oct. 12)

• Lore S2: The Prime Original series dives into its second season with real-life frightening and disturbing tales that give rise to modern-day myths and legends. This season will feature new tales based on the award-winning podcast as well as original stories not yet available in podcast form. Lore will be available in HDR and UHD on compatible HDR devices. (Oct. 19)

• Tumble Leaf Halloween Special: The Prime Original series special follows Fig and his friends who are dressed in their costumes and ready to go “Trick or Treeing.” On their way to the Spider Queen’s ball, Hedge attempts to scare his friends with his hog bug costume. (Oct. 19)

• You Were Never Really Here: The Prime Original movie follows a traumatized veteran who is unafraid of violence and tracks down missing girls for a living. When a job spins out of control, his nightmares overtake him as a conspiracy is uncovered and leads to what may be his death trip or his awakening. You Were Never Really Here will be available in UHD and HDR on compatible HDR devices. (Oct. TBD)

Coming to Prime Video Channels in October, season four of Poldark and season three of The Durrells in Corfu will stream on PBS Masterpiece. CBS All Access will air season two of SEAL Team, along with two new comedies, The Neighborhood and Happy Together, and a psychological thriller, Tell Me a Story. Season nine of Teletubbies will stream on Noggin, while season six of Ray Donovan will return to Showtime. Plus, stream UFC 229: Khabib vs. McGregor on PPV on October 6.

NEW IN OCTOBER – AVAILABLE FOR RENT/PURCHASE ON PRIME VIDEO

NEW IN OCTOBER – AVAILABLE FOR STREAMING ON PRIME VIDEO CHANNELS

October 31
Tell Me a Story, Season 1, CBS All Access