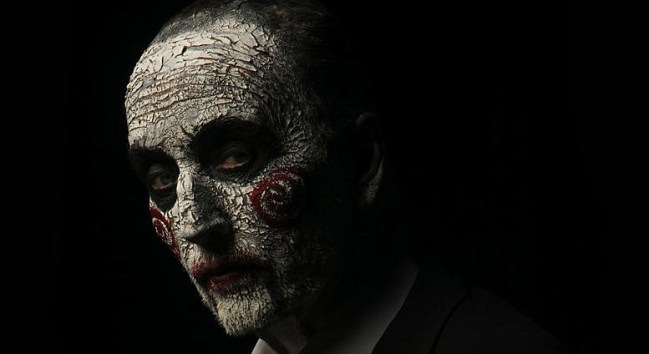 Can you feel it? It’s almost football season, which also means that in just a couple more months it will be fall and the weather will start going downhill. So I guess that also means that we need to be getting outside for some fun summer activities while can, huh? What’s that? Oh, I hear you. Sounds like a lot of work. And hot. Yep, we’re better off just staying on our couches binge-watching the many shows and movies available on our televisions, tablets, phones and computers.

Speaking of which, check out what’s new on Amazon Prime Video for the month of September 2018.

September brings five Prime Original series exclusively available for Prime members to stream or download at no additional cost to their membership.

Six Dreams S1: The Prime Original series is a behind-the-scenes look at Spain’s top football league, LaLiga. It follows six contrasting storylines revolving around three players, one coach, one sports director and a club president from various teams, who all offer unique insights into the daily challenges of professional football. Six Dreams will be available in HDR and UHD on compatible HDR devices. (Sept. 7)

Wishenpoof S2b: The Prime Original series chronicles the life of Bianca and her magical power of making wishes come true. This season, Bianca learns how to care for others when her best friend teddy bear gets sick and helps the community fix its favorite slide at the local playground. More sing-along music and Wish Magic adventures await, including a family camping trip to Mt. Wishmore and a special dinner with Bianca’s grandmas. (Sept. 7)

Pete the Cat S1a: The Prime Original series is based on The New York Times #1 best-selling children’s books about exploring your world and trying new things while being smart, accepting, and optimistic. Whether you’re making new friends, or facing all of life’s ups and downs, Pete highlights the groovy lessons life can teach you. (Sept. 7)

Forever S1: The Prime Original series created by Emmy Award-winning writers Alan Yang and Matt Hubbard follows a married couple living a comfortable, but predictable suburban life. For 12 years they haven’t changed their daily routine, but when they decide to shake things up with a ski trip, the pair finds themselves in completely unfamiliar territory. Forever will be available in HDR and UHD on compatible HDR devices. (Sept. 14)

King Lear S1: The Prime Original series is a Shakespeare tragedy set in the fictional present and follows King Lear’s gradual descent into madness after he disposes of his kingdom, giving bequests to two of his three daughters based on their flattery of him and with terrible consequences for all. King Lear will be available in HDR and UHD on compatible HDR devices. (Sept. TBD)

In addition to Prime Originals, licensed TV series coming to Prime Video next month include, season 1 of The Kevin Bishop Show and seasons one and two of BBC’s drama series The Broker’s Man and The Field of Blood. Popular comedy films coming to the service next month include classics like Ghostbusters (Bill Murray and Sigourney Weaver), Jerry Maguire (Tom Cruise) and Smokey and the Bandit (Burt Reynolds and Sally Field). September also brings plenty of dramas and thrillers like Miami Vice (Don Johnson), Sleepless in Seattle (Tom Hanks) and There Will Be Blood (Daniel Day-Lewis).

For live sports this month, Amazon begins coverage of Thursday Night Football on Thursday, Sept. 27 when the Los Angeles Rams host the Minnesota Vikings. Stream the next big fight — UFC 228: Woodley vs. Till on September 8, catch up on the AVP Honolulu tournament match, and stream live coverage of the Laver Cup in Chicago.

NEW IN SEPTEMBER – AVAILABLE FOR RENT ON PRIME VIDEO

NEW IN SEPTEMBER – AVAILABLE FOR STREAMING ON PRIME VIDEO CHANNELS