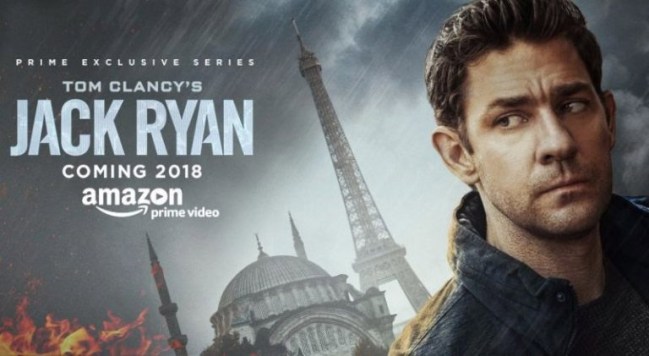 So, have you been taking advantage of the warm weather? Getting outside, playing some sports, sweating… a lot. Yeah… We’re just better off staying on our couches binge-watching the many shows and movies available on our televisions, tablets, phones and computers.

Speaking of which, check out what’s new on Amazon Prime Video for the month of August 2018.

August brings four Prime Original series and one Prime Original movie exclusively available for Prime members to stream or download at no additional cost to their membership.

Agatha Christie S1: The Prime Original 3-episode limited series is based on the novel of the same name and follows the Argyll family after a man claims that the black sheep of the family, Jack Argyll, didn’t murder its tyrannical matriarch. The family must come to terms with Jack’s innocence and the fact that one of them may be the real murderer. Agatha Christie will be available in HDR and UHD on compatible HDR devices. (Aug. 10)

The Stinky & Dirty Show S2B: The Prime Original series is based on books by Jim and Kate McMullan with original music from Dan Bern and featuring celebrity voices like Mark Hamill (Spacey), Jane Lynch, Andy Richter, Joan Cusack and Wallace Shawn. In season 2b, test friends Stinky and Dirty are back lending a helping wheel to their vehicle friends in Go City. They go on new adventures like building a rollercoaster and meet new friends like Spacey, the super spaceship. (Aug. 14)

Tom Clancy’s Jack Ryan S1: The Prime Original series starring John Krasinski is a modern reinvention of the famed and lauded Tom Clancy hero. It centers on Jack Ryan, a CIA analyst who is thrust into his first dangerous field assignment and uncovers a terrorist communication pattern in which he’s faced with a new breed of global threatening terrorism. Tom Clancy’s Jack Ryan will be available in HDR and UHD on compatible HDR devices. (Aug. 31)

Gringo: The Prime Original movie starring David Oyelowo, Charlize Theron, and Joel Edgerton is a dark comedy mixed with white-knuckle action and dramatic intrigue. It explores the battle of survival for businessman Harold Soyinka when he finds himself crossing the line from law-abiding citizen to wanted criminal. Gringo will be available in HDR and UHD on compatible HDR devices. (Aug. 17)

Additionally, to celebrate 50 years of The Beatles’ iconic Yellow Submarine, fans can now stream the film exclusively on Prime Video for the first time ever.

Prime Video viewers can also stream live sports in August, including UFC 227: Dillashaw vs. Garbrandt 2 on August 4, and continued streaming of the AVP Gold Series in Manhattan Beach on August 17-19 and Chicago on August 31 – September 2.

NEW IN AUGUST – AVAILABLE FOR RENT ON PRIME VIDEO