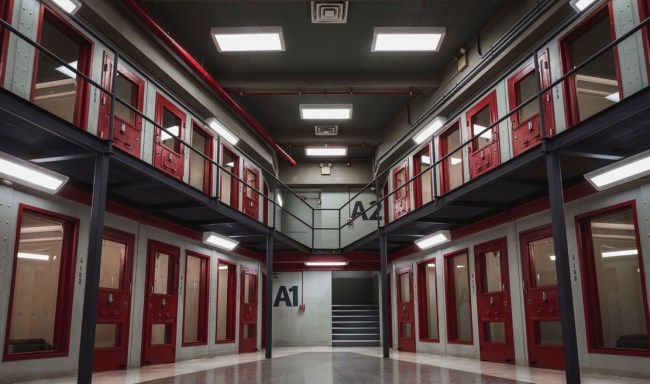 Man, we are really living in a golden age of television aren’t we? I mean, it’s all we can do just to keep up with all of the TV shows and movies available right at our fingertips pretty much whenever we want to watch them. Which is pretty much every waking moment, right?

The month of July 2018 looks to be more of the same because the new TV shows and movies available to watch on Netflix are impressive (again).

You’ve got Jerry Seinfeld’s Comedians in Cars Getting Coffee with guests like guests including Kate McKinnon, Dave Chappelle and Ellen DeGeneres. 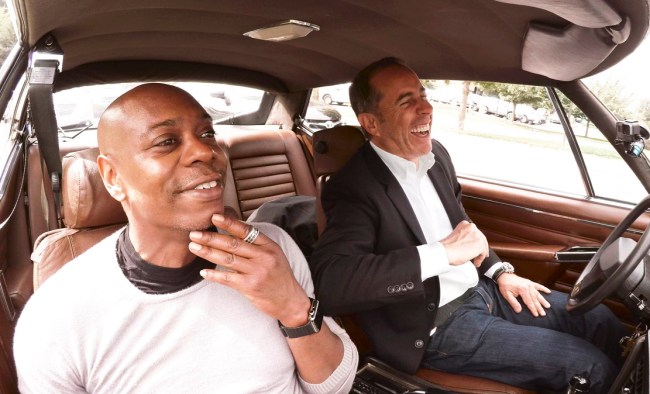 Then there’s yet another riveting documentary coming up which delves into the dangers of medical devices called The Bleeding Edge. 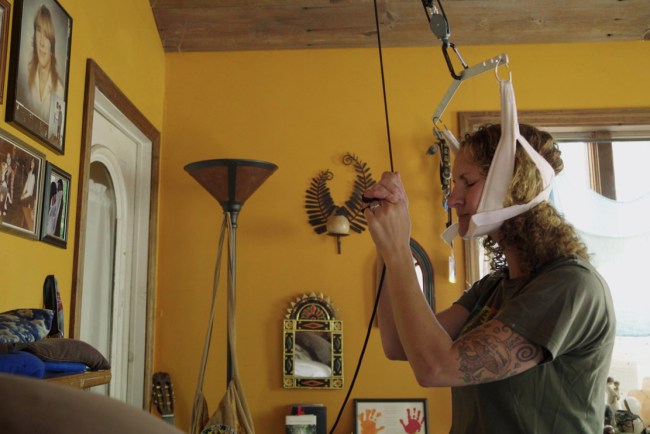 And, oh yeah, season six of Orange Is the New Black and the third season of El Chapo. And that’s just the beginning.

COMING SOON
Us And Them — NETFLIX FILM (arrives June 22)
10 years ago, during the hectic chunyun period, two strangers traveling home meet on the train, what follows is a journey of realizing their dreams, love, breakups. 10 years later, these not so strangers were reunited on a plane.

Like Father — NETFLIX FILM (arrives August 3)
A jilted, workaholic woman takes her honeymoon trip, anyway; except with her overachieving father.

The Guernsey Literary and Potato Peel Pie Society — NETFLIX FILM (arrives August 10)
A writer forms an unexpected bond with the residents of Guernsey Island in the aftermath of World War II.

To All The Boys I’ve Loved Before — NETFLIX FILM (arrives August 17)
A teenage girl’s secret love letters are exposed and wreak havoc on her love life.

Sierra Burgess is a Loser — NETFLIX FILM (arriving in September 7)
In a case of mistaken identity, a geeky teen must team up with the popular girl in high school in order to win her crush. 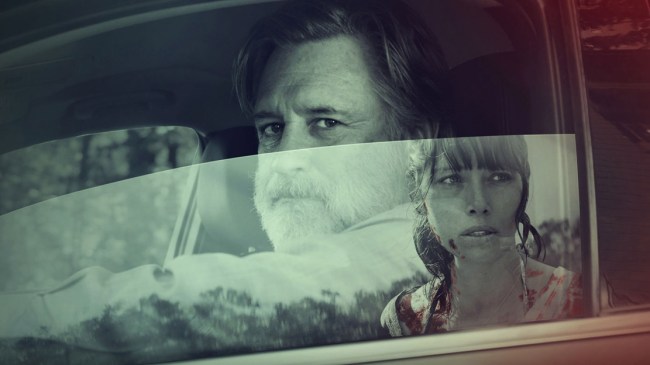 Available 7/6/18
Anne with an E: Season 2 — NETFLIX ORIGINAL
Anne’s beloved world of Green Gables becomes a much bigger place, with new faces and heartfelt lessons about love, loss and growing up.

Comedians in Cars Getting Coffee: New 2018: Freshly Brewed — NETFLIX ORIGINAL
In a new set of episodes for 2018, Jerry Seinfeld takes a ride with 12 comedy heavyweights, including Jerry Lewis, Ellen DeGeneres and Dave Chappelle.

First Team: Juventus: Part B — NETFLIX ORIGINAL
In the second half of the season, Juve hope to hold off stiff challenges to winning another league title while moving forward in the Champions League. 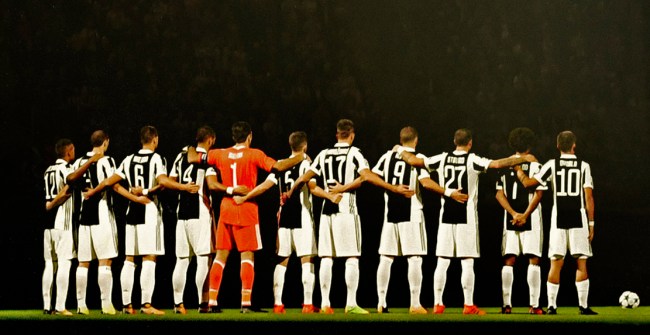 Free Rein: Season 2 — NETFLIX ORIGINAL
As Zoe and the Bright Fields team prepare for Junior Nationals, they must overcome the loss of a team member, a mysterious fire and other obstacles.

Inside the World’s Toughest Prisons: Season 2 — NETFLIX ORIGINAL
Raphael Rowe, who spent 12 years behind bars for a crime he didn’t commit, investigates some of the world’s toughest prisons from the inside.

Sacred Games — NETFLIX ORIGINAL
Set amid the chaos of Mumbai, this epic series explores the corrupt underworld lurking beneath India’s economic renaissance. Based on the novel.

Samantha! — NETFLIX ORIGINAL
A child star in the ’80s, Samantha clings to the fringes of celebrity with hilarious harebrained schemes to launch herself back into the spotlight.

The Legacy of a Whitetail Deer Hunter — NETFLIX FILM
All he wants out of this trip is a chance to bond with his son. And for his son to kill a deer. And to get it all on video.

The Skin of The Wolf — NETFLIX FILM
An animal trapper living in an abandoned mountain town in northern Spain seeks to resolve his loneliness by securing a wife.

White Fang — NETFLIX FILM
A loyal wolfdog’s curiosity leads him on the adventure of a lifetime in this animated update of a Jack London classic set in Canada’s Yukon Territory. 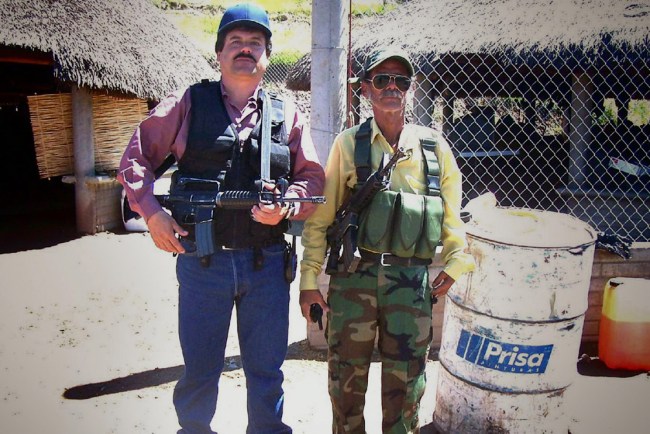 Available 7/13/18
How It Ends — NETFLIX FILM
As a mysterious apocalypse causes the spread of misinformation and violence, a man and his estranged father-in-law race across a chaotic and fractured country to save his pregnant wife.

Jim Jefferies: This Is Me Now — NETFLIX ORIGINAL
The gleefully irreverent Jim Jefferies pushes buttons and boundaries as he riffs on celebrity encounters, political hypocrisy and bodily marvels.

Sugar Rush — NETFLIX ORIGINAL
Time’s the most important ingredient as competitive teams race against the clock to bake up the best-tasting sweets.

Available 7/15/18
Bonusfamiljen: Season 2 — NETFLIX ORIGINAL
As Lisa and Patrik take their relationship to the next level, mishaps, money troubles and a startling revelation leave the whole family reeling.

Available 7/20/18
Amazing Interiors — NETFLIX ORIGINAL
They might look ordinary on the outside. But inside, these stunning homes have some jaw-dropping secrets to reveal.

Duck Duck Goose — NETFLIX FILM
A carefree goose takes a pair of lost baby ducklings under his wing after he’s grounded with an injury. Together, they go on a wild adventure.

Father of the Year — NETFLIX FILM
Two college grads return to their hometown, where a hypothetical question — whose dad would win in a fight? — leads to mass mayhem.

Fix It and Finish It: Collection 3

Home: Adventures with Tip & Oh: Season 4 — NETFLIX ORIGINAL
Fun-loving Tip and her goofy Boovian BFF take on the world in a new season packed with awesome adventures and cool tunes.

Jimmy: The True Story of a True Idiot — NETFLIX ORIGINAL
In the 1980s, a simple-minded fool named Hideaki meets comedy legend Sanma, changes his name to Jimmy and becomes a comic superstar.

Last Chance U: EMCC & Life After — NETFLIX ORIGINAL
With “Last Chance U” in their rearview mirrors, EMCC players, coaches and staff members reveal how life has gone for them since the show. 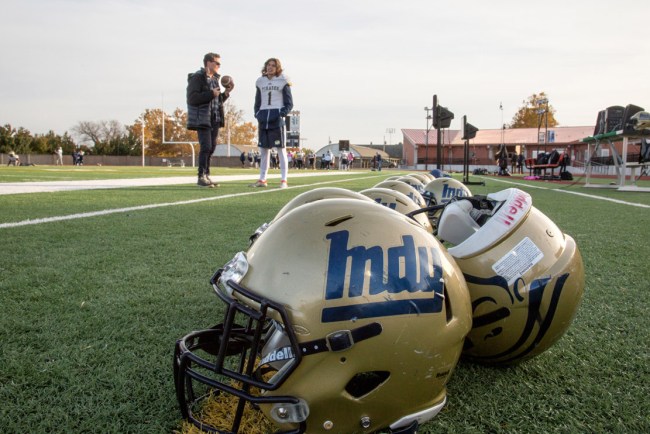 Luna Petunia: Return to Amazia: Season 2 — NETFLIX ORIGINAL
She’s back with the power to make the impossible possible! Join Luna and her friends for more magical adventures in Amazia and beyond.

Available 7/24/18
The Warning — NETFLIX FILM
After the loss of his friend, a mathematical genius figures out a pattern of deaths at a gas station and sets out to warn the next young victim.

Orange Is the New Black: Season 6 — NETFLIX ORIGINAL
In the wake of the riot, the women are taken to maximum security prison and face serious charges.

Roman Empire: Reign of Blood: Master of Rome — NETFLIX ORIGINAL
Julius Caesar rises to establish one of history’s greatest dynasties but quickly discovers that unchecked power comes with a price.

The Worst Witch: Season 2 — NETFLIX ORIGINAL
A second year at Cackle’s Academy means double the magic and mischief for accident-prone witch in training Mildred Hubble and her friends.

Welcome to the Family — NETFLIX ORIGINAL
When a broke single mom’s estranged father dies, she and his girlfriend try to cover up his death after learning they’ve been written out of his will.

Available 7/30/18
A Very Secret Service: Season 2 — NETFLIX ORIGINAL
Amid rising Cold War tensions, the clueless agents trigger a series of international crises, and André goes rogue on a mission of his own.

Leaving 7/1/18
Alive
Along Came Polly
An Honest Liar
Beerfest
Before Midnight
Bring It On
Bring It On Again
Bring It On: All or Nothing
Bring It On: Fight to the Finish
Bring It On: In It to Win It
Cocktail
Extremely Loud and Incredibly Close
Lethal Weapon
Lethal Weapon 2
Lethal Weapon 3
Lethal Weapon 4
Little Women
Michael Clayton
Midnight in Paris
Mixed Signals
More Than a Game
Pandemic
Piglet’s Big Movie
Rugrats Go Wild
Scary Movie
Scream 3
Terminator 3: Rise of the Machines
The Art of War
Tropic Thunder
V for Vendetta

Leaving 7/11/18
Alice Through the Looking Glass