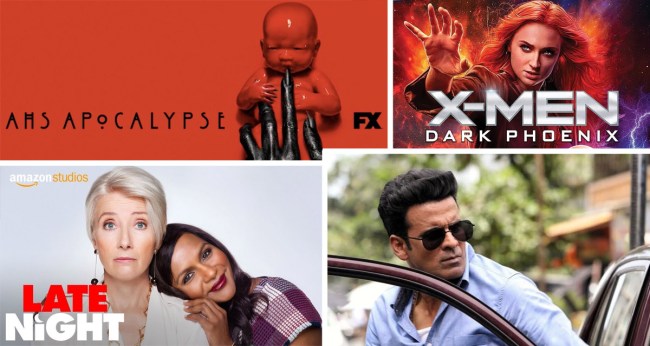 Anyhoo, speaking of the internet and streaming services, check out what’s new on Amazon Prime Video for the month of September 2019.

September brings six Amazon Original series and one Amazon Original movie exclusively available for Prime members to stream or download at no additional cost to their membership.

• Niko and the Sword of Light – Season 2B: The Dark Champion pursues Niko, Lyra, and their friends as they race to find the Amulet of Power before Nar Est and their foes. They journey across the land, under the sea, and beyond the realm of the living, where Niko seeks to discover his true purpose… and a way to rid the world of Darkness once and for all.

• Chris Tall Presents…: Young, talented, authentic and loved by his audience, German comedian Chris Tall is coming to Prime Video as entertainer and host of an all-new show. Chris Tall Presents… is set to be the first unscripted German Amazon Original. In each of the six episodes, Chris Tall not only performs his own, never-before-seen stand-up acts, but also welcomes one of his comedian friends, such as Ingmar Stadelmann, Osan Yaran, Simon Pearce, Thorsten Baer, Masud Akbarzadeh and Tutty Tran, as a guest on the show. In each episode, Chris Tall greets one of these comics before he proceeds to delight viewers with over 30 minutes of new comedy material, delivered on a specially designed stage.

• El Corazón de Sergio Ramos – Season 1: Get to know the real story and humble beginnings behind Sergio Ramos – one of football’s most celebrated champions, and Captain of Real Madrid and the National Spanish team. Go behind-the-scenes with Sergio, in his most intimate and high-pressure settings, throughout the turbulent 2018/19 LaLiga season. Follow him both on and off the pitch as he trains for major matches, grapples with defeat, learns valuable lessons from ex-captains, celebrates his Andalusian identity, and unwinds at home with his family.

• Family Man – Season 1: Family Man is an edgy action-drama series, which tells the story of a middle-class man who works for a special cell of the National Investigation Agency. While he tries to protect the nation from terrorists, he also has to protect his family from the impact of his secretive, high-pressure, and low paying job.

• Undone – Season 1: Undone is a half-hour, genre-bending, animated series that explores the elastic nature of reality through its central character Alma, a twenty-eight-year-old living in San Antonio, Texas. After getting into a car accident and nearly dying, Alma finds she has a new relationship to time. She develops this new ability in order to find out the truth about her father’s death.

Starting on September 26, football fans can watch the Philadelphia Eagles play the Green Bay Packers on Thursday Night Football at no additional cost.

September 6
Niko and the Sword of Light – Amazon Original series

NEW IN SEPTEMBER – AVAILABLE FOR RENT OR PURCHASE ON PRIME VIDEO

September 24
This Is Us: Season 4
The Good Doctor: Season 3
Empire: Season 6
Black-ish: Season 6

NEW IN SEPTEMBER – AVAILABLE FOR STREAMING ON PRIME VIDEO CHANNELS

September 12
A Military Tribute at the Greenbrier (PGA TOUR LIVE)