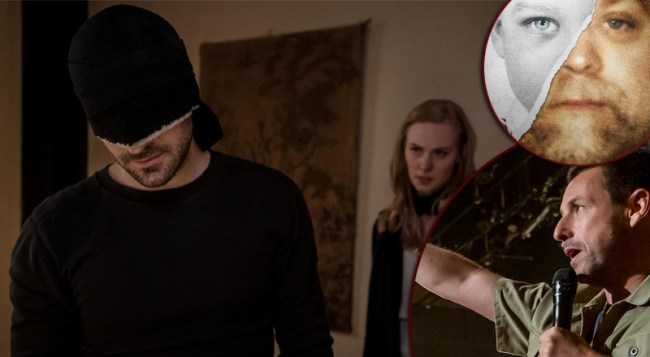 For the first time in months there is a chill in the air in parts of this great country of ours. Which, of course, means that we can’t go outside anymore. Right?

I mean, how can we go outside when streaming services like HBO, Amazon Prime, Hulu and Netflix have so many new TV shows and movies we need to watch?

Speaking of Netflix, they just released their list of what’s new in the coming month of October and, nope, there’s no way we’re going outside.

From classic movies like Billy Madison, Blade, Blazing Saddles, Pay It Forward, The Dead Pool, and The Green Mile to more recent fare like Truth or Dare and Gotham: Season 4, there will be shortage of films to watch.

Throw in tons of new Netflix Originals like Marvel’s Daredevil: Season 3, Making a Murderer: Part 2, The Haunting of Hill House, Adam Sandler 100% Fresh, Terrorism Close Calls, and many more, and we may never leave our couches.

Leaving October 26
Southside with You