When Self-Isolation Is Over, I’m Never Texting Again 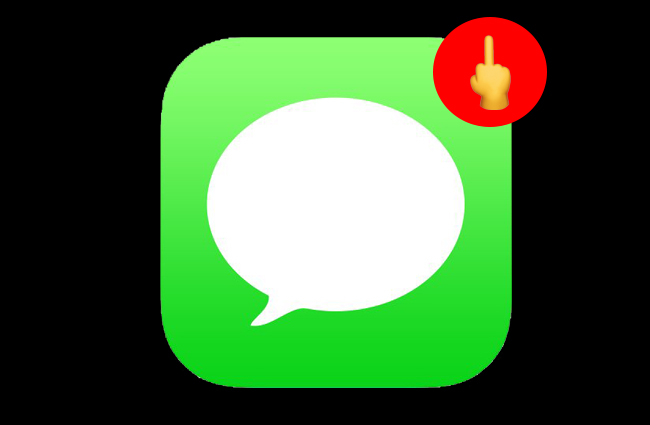 In the first week of self-isolation, I turned off all of the notifications on my phone.

Yes, this ordeal is called self-isolation. It’s not called quarantine unless you were sick or exposed to the virus. That shit’s been bothering me forever, and I just wanted to get it off my chest.

There are at least forty-five different ways to contact me, and I’m over them all.

There is Twitter and Instagram DMs, Snapchat, the apps for homeschooling my kids, my running app, personal email, and work email, to name a few.

At one point, I had Tinder and Bumble, but deleted both in April because no one wants to meet a stranger and get coughed on, and finally, regular text messages.

My mom was ripping off daily “how is everyone feeling?” texts as if I’m walking around Walmart every day with my mouth open.

My 77-year-old aunt learned to text and we’re having week-long conversations about apple juice.

The ex-wife texts every time the kids fart too loud while she’s working from home.

I even made the mistake of adding iMessage to my desktop to answer texts faster without having to type on my phone. I had to turn those notifications off too.

Every red notification number was causing my eye to twitch.

When was the last time you had a crucial conversation via text message? Was the exchange really life or death? If the discussion was that important, why the hell not just call?

A March article in the Washington Post explained how people were suddenly horrified at the results.

A Houston-based doctor tweeted his report that showed his screen time had increased 185% in a month.

Imagine putting 185% into a hobby, or a skill, or just reading. And not reading texts, I mean reading an actual book.

I miss books. I miss libraries. That might be the saddest thing I’ve ever fucking written, but it’s the truth.

I miss not being available to people at all hours of the day.

“I know you’re home. Where else could you be?”

Gee, I don’t know where I was when you texted, Peg. Would you hate me if I admitted I’m avoiding your inane ramblings about feeding your sourdough starter?

And those psychos who allow read receipts on their texts. What the fuck is your deal?

Our addiction to texting in the time of self-isolation is connected to a few things.

Receiving text messages releases dopamine to the brain, and the feelings are similar to orgasms. Millions of us haven’t banged in months, so our texts are the new foreplay.

Second, people self-isolating alone are craving human interaction, except all this texting is actually ruining our personal relationships.

“The problems with texting begin with the way it reduces conversation to words or photos on a screen,” explains psychotherapist Maggie Mulqueen. “The way it converts the interchange of human connection to brief, stilted fragments. Even with a plethora of emojis and exclamation points, the absence of intonation muddles the communication.”

She continues, “Worse, it encourages passive — or more often passive-aggressive — behavior, what I call ‘hit and runs.’ Typing on a screen invites impulsive responses. Absent the ability to see the reflection of pain or hurt on someone’s face, it’s easy for people to pound out anger or meanness. You don’t risk interruption or need to take a breath, but what may serve one person as a chance to clear the air often ends up overwhelming the recipient.”

And finally, we’re all texting so much because we’re all REALLY fucking bored. There’s no research to back up that statement, you’ll just have to trust me.

I can’t turn text messages off because I share custody of my kids and need to communicate with their mom about school stuff, life stuff, and status updates about farts.

Unless I forget to call. I have a Ph.D. at forgetting to call back.

I’m answering the phone more now. If someone is texting too much, I’ll tell the person to call. That usually puts an end to the bullshit immediately.

Even when every state lifts the gates, restaurants and bars reopen, and people emerge from confinement to a brand new world, I’m still keeping my text exchanges to a minimum.

And when the world goes back to normal, and we’re all around one another again, if you see anyone glued to their phone, you have my permission to smack the device out of their hands.