Where To Watch Kevin Smith Movies For Free Online 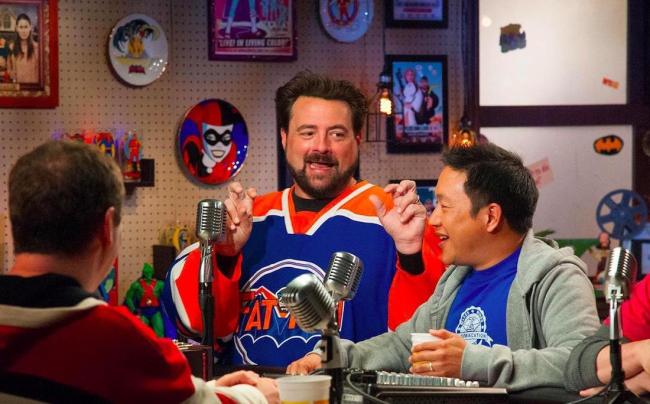 Way before all the cinematic universes we see today, Kevin Smith began building his own ridiculous universe—The View Askewniverse—filled with crude humor and outrageous characters. With Clerks III finally set to release sometime later this year, there’s no better time to take a look back at the filmmaker/comic book writer/actor/celebrity geek’s previous work.

Luckily for you, Plex has you covered, as several Kevin Smith movies are not only available to stream on the service but they’re also FREE to watch. Yes, that’s right, free.

Plex TV is the best place to watch Kevin Smith movies, along with an incredible catalog of 210 FREE Live TV channels and over 50,000 FREE on-demand movies.

It’s been some time since Quick Stop clerks Dante and Randal starred on the big screen. So with the third installment on its way, refresh yourself on the View Askewniverse by streaming Clerks II (2006) FREE online.

Whichever Kevin Smith movie you decide to stream, you’re in for a good laugh. From the raunchy jokes to the comic book fandom, watching Kevin Smith films is just as enjoyable as it was back in the day. And with Plex TV, you can stream them for FREE. Here’s how.

Thanks to Plex TV, you can watch Kevin Smith movies for FREE online in the United States. Yes! Plex is actually free and that’s not just something I’m saying to get your adrenaline pumping.

Stream anytime, anywhere for FREE on almost any device (Apple, Android, Roku, Amazon Fire, and more) in the United States.