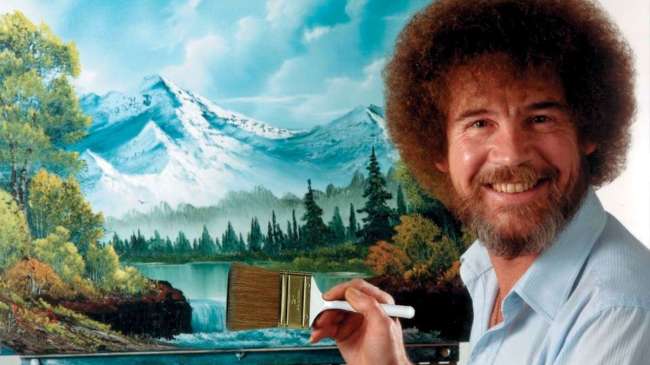 I miss the art of channel surfing.

In a world of so many screens where everything and anything is on-demand with a few taps, the heavy lifting of “what to watch next” is left to a highly complicated content algorithm that knows your brain a little too well. The act of channel surfing out of boredom and curiosity, as human behavior, just doesn’t exist on most modern entertainment platforms.

It saddens me to say this, but channel surfing is a dying pastime.

Think about it: The home entertainment experience is so very intentional these days. Outside of sports and award shows, appointment television with a hard tune-in time is mostly a thing of the past. Instead, you watch whatever series on whatever platform that’s the cultural craze du jour. Mostly to see what the hype’s about, but also as a matter of culturally keeping up with the Joneses.

It wasn’t always like this. Unintentionally watching something used to be a pretty important part of our television diet.

Call me old fashion, but, as a bonafide couch potato, this bums me out.

I’m sure I’m not alone in saying this, but flipping through the channels out of boredom was a pretty formative part of my childhood and teenage years. It’s how I discovered entertainment franchises I still love to this day. Shows like Home Improvement, Wings, Bevis and Butthead, 3rd Rock From The Sun, Flavor of Love, Kitchen Nightmares, Antiques Roadshow, NewsRadio etc

It’s great living in a world of on-demand convenience, but part of me misses the dopamine reward that comes with discovering a new TV show or movie by randomly landing on it when you least expected to find it. It’s an act of exploration, mystery, and patience – three important elements that play into the psychological payoff of finding a new show that scratches your curiosity.

I consider myself a well-rounded human being with a lot of interests. I’ll go down weird content wormholes out of pure enjoyment – which is I’ve recently started watching a lot of live streaming TV on Plex.TV.

Great question. I think it’s important to answer that by explaining what Plex is not. Plex.TV is not the same as a cable subscription where you’re inundated with scores of news and sports channels, all of which might not serve that much utility in your media consumption. It’s easy to tune out some of these clumsy platforms that are cluttered with noise that just doesn’t resonate.

The platform is filled with hidden gems from bygone eras vs. unwatchable, overproduced TV junk food. It’s a throwback to my channel surfing glory years, where you’re not quite sure what you’re going to discover and when.

Best of all: It’s free. Plex’s free live streaming TV is pretty easy to watch on any device, making tune-in easy. You can watch it on your main TV via living room devices such as Amazon Fire TV and Roku, as well as your desktop or mobile device.

Since variety is the spice of life, I put together a list of my favorite things I’ve watched on Plex.TV over the past couple of weeks. I share my thoughts with the goal of inspiring you, the reader, to find yourself down some delightfully weird TV rabbit holes in the future.

Welcome back, channel surfing. Oh, how I’ve missed you.

The American West via Stories by AMC 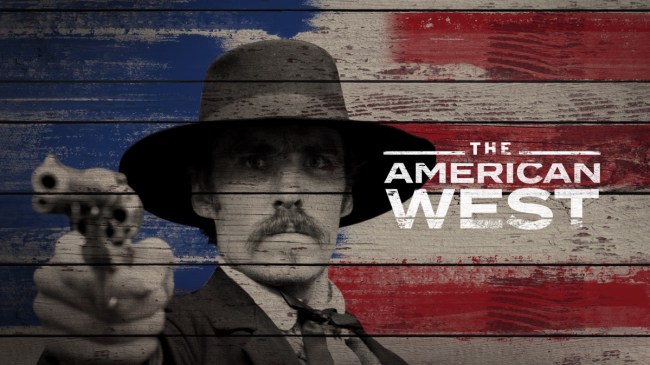 I’m a history nerd and a total sucker for the mythos of the American West. Streaming via Stories by AMC on Plex, I was completely enthralled by the network’s Robert Redford-produced docudrama. The series came out in 2016 – an entertaining history lesson on those rough and tumble years following the American Civil War, from 1865 to 1890.

It’s only eight episodes, too, so it doesn’t require a massive commitment to binge from beginning to end. 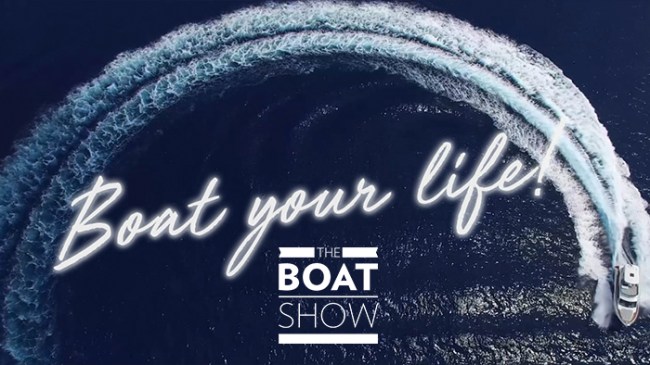 I’ve always dreamed of owning a boat, despite being far away from a tax bracket where I can actually afford one.

I love boats. I love the idea of boats. I love heading down to the marina and looking at boats, daydreaming about hanging out on one.

The Boat Show is a channel that sticks to one thing extremely well: Streaming 24/7 content about boats of all shapes and sizes. It’s pure nautical escapism, featuring showcases of some of the most impressive watercraft out there. There’s a great variety of programming all focused on life above the waves, from yachts owned by billionaires to exotic sailboats to sportfishing boats engineered to get you to your fishing spot as quickly as possible.

Warning: The Boat Show is addictive for anyone who aspires to the Jimmy Buffett lifestyle.

I’ve always been amused by outdoor television – aka hunting and fishing shows. As an outdoorsman, I’d much rather be outside fishing than watching other people fish while horizontal on my couch. Yet my curiosity is piqued by TV hosts who can fish much, much better than me, in some of the world’s most celebrated fishing holes, as edited for television.

Both of these channels exist in this cultural sweet spot: When you can’t make it to the lake or your tree stand, these channels provide tips and inspiration for your next trophy hunt or outdoor adventure. 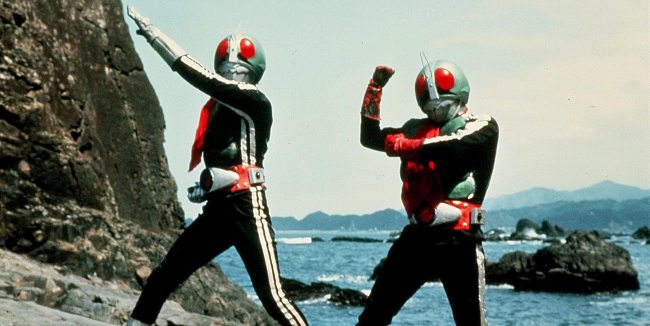 Growing up, I used to love watching the original Japanese Godzilla movies. They’re campy and over-the-top, featuring heroes trying to foil bizarre monsters as they unleash havoc on cities.

I later learned these movies are derived from an entire genre of Japanese entertainment popularized in the 60s and 70s, known as tokusatsu – live-action film or television drama with tons of special effects and miniature set design. I didn’t realize it as a kid, but its obvious tokusatsu is deeply engrained in the DNA of western classics like Power Rangers.

It’s silly yet macabre. Just a lot of fun to just throw on and zone out. 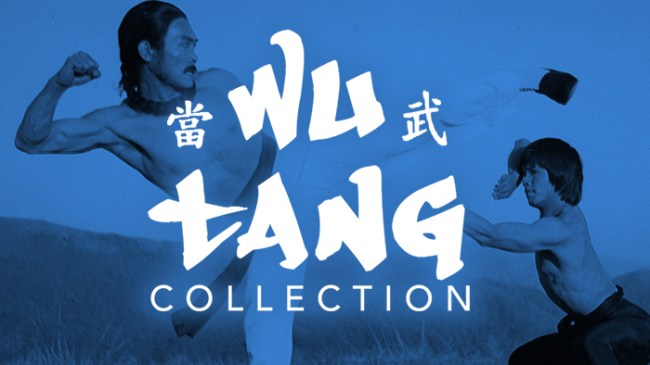 One of the things I’ve come to love about Plex.TV is the variety of kung-fu and martial arts movies I’d never watch elsewhere. Two channels feature hundreds of hours of streaming kung-fu movies: The Wu Tang Collection and Hi-YAH!

If you’re a biker, you’ll love Choppertown. The channel is packed with adrenaline-filled content for motorheads of all shapes and sizes, showcasing a number of documentaries about custom chopper and motorcycle builds. Think: Bikers clubs, drag racing, motorsports, exotic garage builds, footage from motorcycle shows around the world, speed records, and intriguing tutorials on building custom, handcrafted parts. 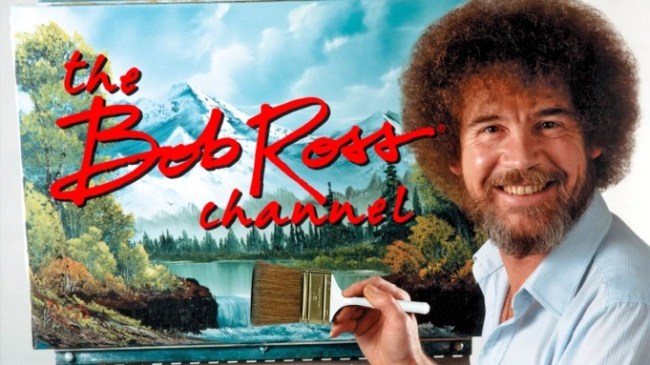 Bob Ross is forever immortalized by his tao: Creative mistakes are just “happy accidents.” That’s a life motto right there, which is why it’s so comforting to kickback to the Bob Ross channel after a long day. There’s something captivating about watching Bob Ross paint while unwinding. We’re so lucky that we can watch a master talk through his flow state, inspiring a whole new generation to take artistic risks of their own. 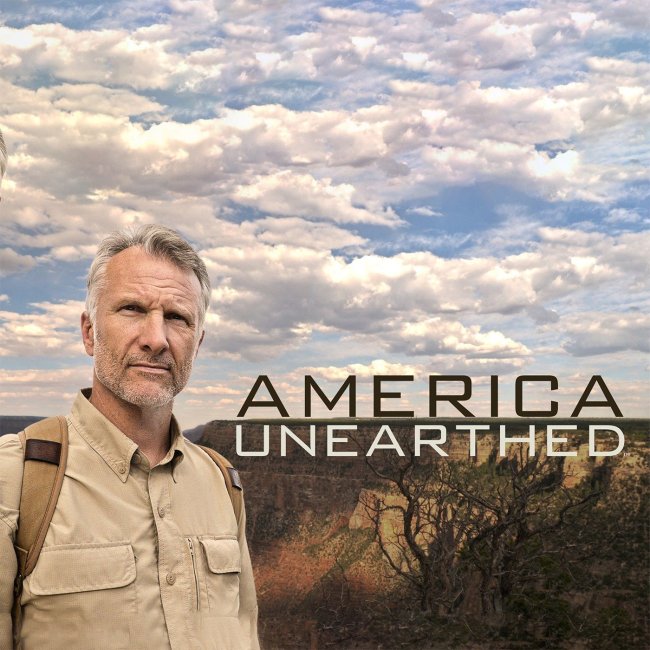 One of the things I miss the most about mindless channel surfing is landing on an intriguing reality show about interesting people. This A&E channel is the best way to watch a variety of programming from the network and its many beloved franchises. For example Ice Road Truckers, American Pickers, Top Gear, Duck Dynasty, Top Shot, along with non-fiction stories like Hunting Hitler and America Unearthed. Provocative, entertaining programming that doesn’t leave you feeling like you’ve killed brain cells just by watching it, unlike many other popularized forms of reality TV.

Oh yeah: You can also occasionally catch an episode of Ancient Aliens… for free! 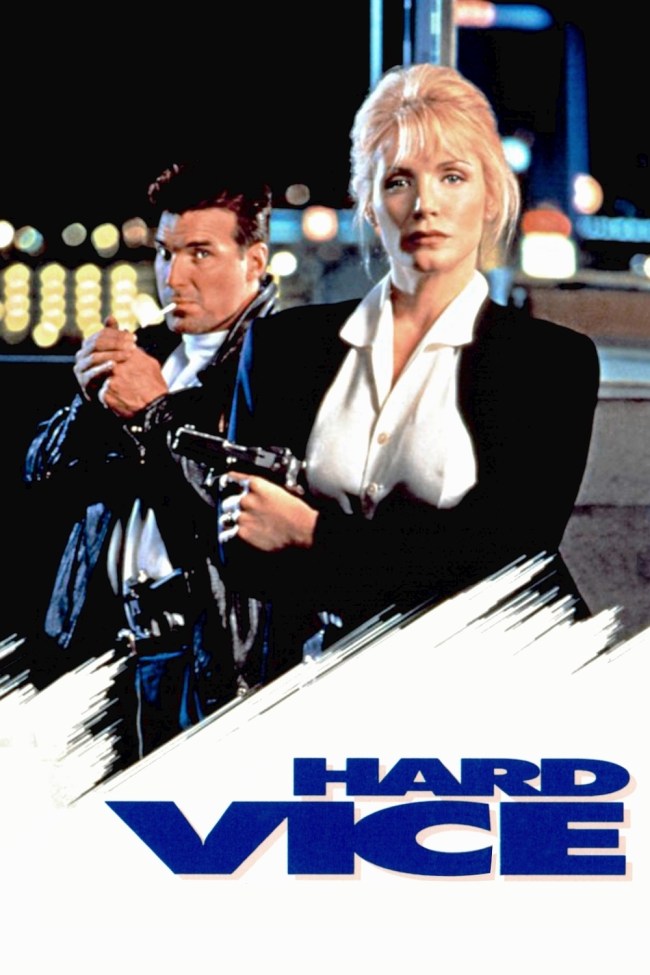 Two channels filled with all kinds of pulpy B-movies that feel like they’ve been forgotten by the sands of time.

Each channel features an eclectic variety of B-movies, including some throwback sci-fi and action movie gems. For example, on Freebie TV, I found myself watching Night Of the Living Dead for the first time the other night, as well as a deep dive into 1993’s Hard Vice – a campy, low-budget cop thriller about a Las Vegas vice cop and her partner investigating a string of murders in Sin City.

When it comes to channel surfing, I really enjoy flicking through educational TV a lot, especially when it’s in a travelogue format like Guy Fieri’s Diner, Drive-ins, and Dives or Anthony Bourdain’s No Reservations. Even the occasional documentary about UFOs, like the ones found on Docudrama.

Bonus points for not needing a cable subscription. 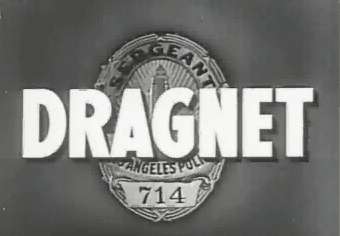 This channel was such a nostalgia trip for me.

My dad and I made it a ritual to watch re-runs of Dragnet all the time back when it aired on Nick At Night and TV Land. Best TV Ever makes it possible to revisit the Joe Friday-era of television – a bygone format of scripted TV that just doesn’t exist anymore. Additional programming harkens back to the same time period: The Lucy Show, The Beverley Hillbillies, Ozzie and Harriet, and Bonanza. 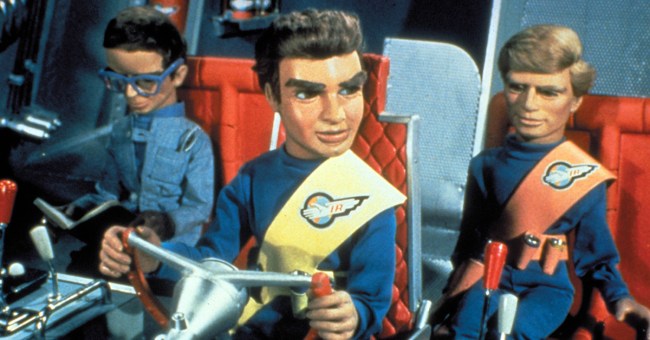 SHOUT Factory TV via Plex features a massive variety of Japanese programming, including monster movies and serial dramas. But most importantly, I’d like to thank SHOUT Factory TV on Plex for introducing me to Thunderbirds, a ’60s British sci-fi show using electronic marionette puppetry.

Thunderbirds is a psychedelic sci-fi television masterpiece – I’m not sure there’s ever been anything quite like it. 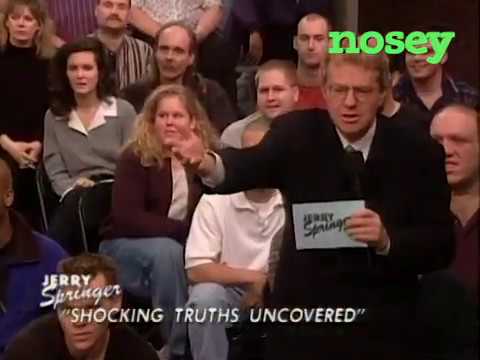 I spent way too many hours watching The Jerry Springer Show back in the day. The depravity on that show was just too good. Way better than any soap opera. Via the Nosey channel on Plex, you can now watch full classic episodes of the Jerry Springer Show, in all its gloriously contrived melodrama. 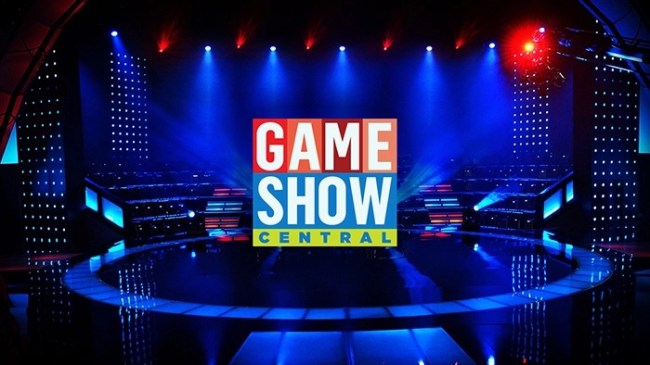 If you’re anything like me, you’ve probably long dreamed of being a contestant on a game show. Or, at the very least, thought about how you’d act in the situation, complete with a ruthless eye-on-the-prize attitude and stomach full of nerves.

It’s fun to dapple in the game show fantasy every now and then. Buzzr and Game Show Central gives you the ability to flip back and forth between classic game show re-runs, including Family Feud in the Richard Dawson era, Hollywood Squares, Supermarket Sweep during the Bill Malone and David Ruprecht era, Match Game, Price Is Right, and more. 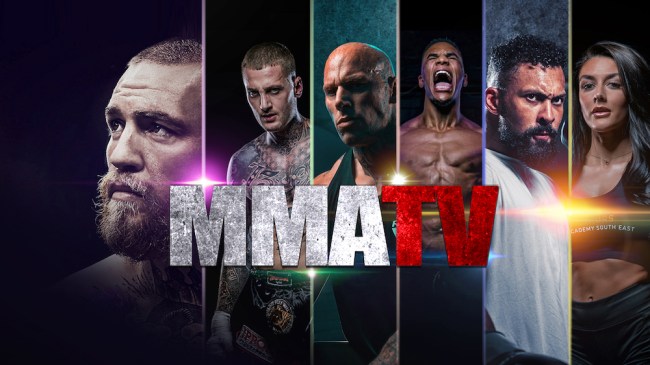 There are so many of these on Plex.TV, I’d be remiss if I didn’t mention the many MMA, wrestling, and combat sports channels available to stream live for free on the platform.

When you can’t decide what you want to watch, there are always dudes stepping into a ring to throw haymakers at each other. Options on Plex.TV IMPACT! Wrestling, Ring of Honor Wrestling, MMA TV, Channel Fight, Hard Knocks, and the Black Belt Channel, which features martial arts instructional videos… because why not try to learn judo in your free time?