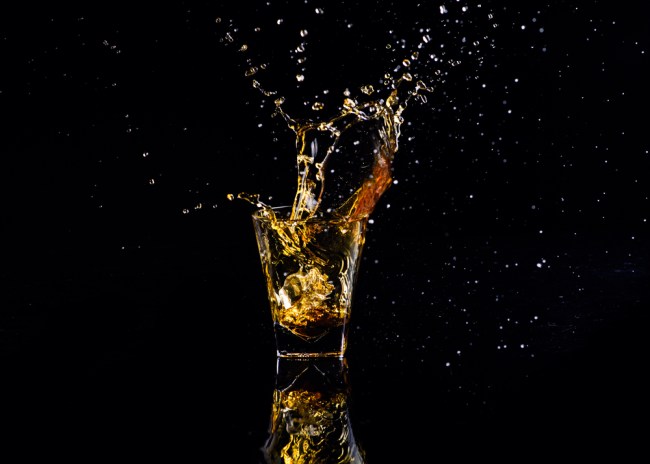 If we’re being honest here then I’ll admit that living to 105-years-old doesn’t sound particularly fun to me. I imagine every day over 50 is filled with pain because your body hates you. But I might be wrong, and I might need to start drinking more whiskey if one 105-year-old man is to be believed.

Jack Reynolds is 105-years-old and still goes rappelling (abseiling) on the regular while hitting the gym. Jack believes he’s found the secret to a long life and that secret is whiskey. He rips a shot in the morning and another shot at night, and he believes it’s the delicious spirit which has enabled him to live such a long and fruitful life.

Jack daughter spoke with the UK’s Metro about how whiskey has kept him alive for so long:

‘He has a whisky in his tea every morning and two shots of Grouse in a glass with lemonade at night and swears by it,’ youngest daughter Jayne Goodwin, 57, said. ‘If we’ve got a cold or anything he straight away gives us a whisky, that’s his medicine and it’s not done him bad.’
He became a Guinness World Record holder for the oldest person to ride a rollercoaster in April last year after riding the Twistosaurus at Yorkshire’s Flamingo Land theme park. (via)

If the plan is to start drinking more whiskey to extend my life I’m not sure that I want to mix it with morning tea. I don’t drink morning tea but if I did I’m not sure I’d want to pour whisky in it. I’d much rather rip a shot straight up in the morning and evening.

Bill’s life is actually pretty wild beyond the whiskey. He stays incredibly active, and if you want to read up more about him you can click here for the full story on Metro.