These Are The Only Three People Andrew Garfield Told About His ‘Spider-Man: No Way Home’ Return 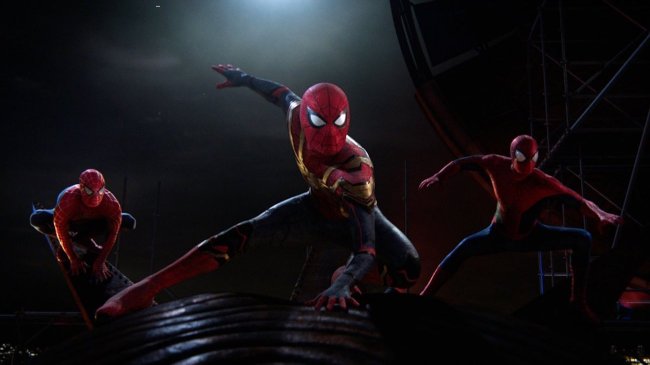 Now that Spider-Man: No Way Home has been out in the world for over a month, one of its stars, Oscar nominee Andrew Garfield, is reveling in the opportunity to finally speak openly and freely about his role in the film.

As you probably know, Garfield — understandably, it should be added — had to lie about his role in the film for years on end, as he was asked about Spider-Man: No Way Home in virtually every interview he gave.

In fact, Garfield’s secrecy was so intense that only three people in the world (other than his agent) knew that he was reprising his role as the friendly neighborhood Spider-Man: his mother, his father, and his brother.

“Besides your agent, who knew that you were doing this? Your family knew?” Ellen Degeneres asked during a recent interview on her show.

“My dad, my brother, and my mother — just kind of us,” Garfield revealed. “It was fun to keep it secret, because you know when you’re planning a surprise birthday party for someone and they’re like, ‘I hate surprises. Tell me, is the party happening? No seriously, don’t mess around because you know I actually hate surprises. So it felt like I was part of organizing a surprise birthday party for a bunch of people who would appreciate it.”

While Garfield may have tried to lie about his return in Spider-Man: No Way Home, that certainly doesn’t mean he succeed as he was legitimately awful at being dishonest.

RELATED: Andrew Garfield Even Lied To His Ex-Girlfriend And ‘Spider-Man’ Co-Star Emma Stone About His ‘No Way Home’ Return