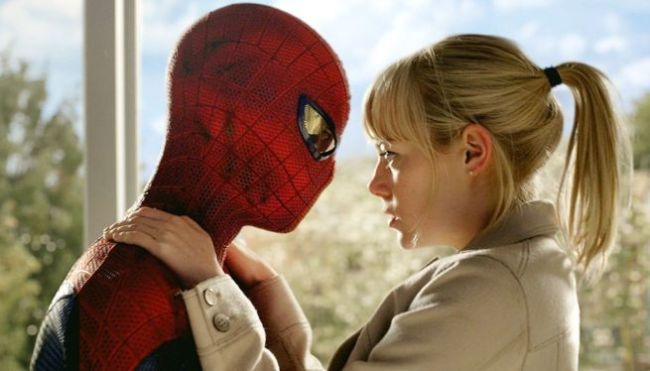 While Andrew Garfield is an objectively terrible liar — some of his Spider-Man: No Way Home denials were truly pathetic in terms of believability — he was at least committed to the ruse, as he recently revealed he lied to his ex-girlfriend and former Amazing Spider-Man co-star Emma Stone about his involvement in the film.

“Emma [Stone] kept on texting me, she was like ‘are you in this new Spider-Man film?'” Garfield said on MTV’s Happy Sad Confused podcast. “And I was like ‘I don’t know what you’re talking about.’”

“Emma kept on texting me, she was like ‘are you in this new #SpiderMan film’, and I was like ‘I don’t know what you’re talking about.’”

Due to his scene-stealing performance in the film, Spidey fans are now calling on Sony to make The Amazing Spider-Man 3. And while a third entry in Garfield’s Amazing Spider-Man franchise seems unlikely, there’s certainly a possibility that he becomes the Spider-Man that Sony has face off against the likes of Tom Hardy’s Venom, Jared Leto’s Morbius, and Aaron Taylor-Johnson’s upcoming Kraven the Hunter.

Garfield certainly hasn’t shied away from the conversation, as he recently told Variety that he’s “definitely open” to suiting up as Spider-Man again:

“Yes, definitely open to something if it felt right. Peter and Spider-Man, those characters are all about service, to the greater good and the many. He’s a working-class boy from Queens that knows struggle and loss and is deeply empathetic. I would try to borrow Peter Parker’s ethical framework in that, if there was an opportunity to step back in and tell more of that story, I would have to feel very sure and certain in myself.”

With Garfield open to returning to the role in the future, you have to imagine that discussions are currently underway at Sony Pictures about how, exactly, they want to work him into the fold. Garfield’s return would certainly solve a problem for both Sony and Marvel Studios, as it would allow Tom Holland’s version of the character to remain in the MCU while also giving Sony their own friendly neighborhood Spider-Man to build a franchise around.