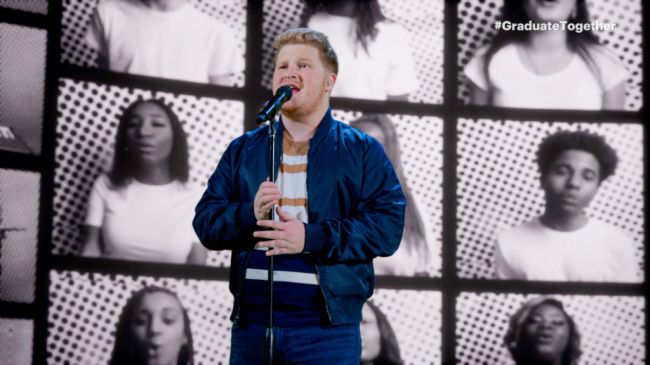 Henry Jacob Platt might surprise you. He is the youngest of three musically-talented brothers, but he’s set out to find his own path to success.

Who is Henry Jacob Platt?

At just 22 years old, the recent University of Pennsylvania graduate is an impressive singer. Don’t let his appearance fool you, because Henry has a vocal range that is nearly unmatched. He can both touch the low notes of an alto and live in the highest pitches of a soprano.

Coming from a theatrical background, he has appeared as an actor in a few different films and has made several stage appearances.

Henry’s voice allows him to cover the widest range of artists, from a choral twist on Beyonce, to Ariana Grande, to Corrine Bailey Rae. It also sets him up for an eventual and expected run on Broadway.

While his vocal talent is unprecedented, his rise to stardom hasn’t come in traditional fashion. One day in 2020, amid the beginning of the COVID-19 quarantine, Henry got to missing his college acapella group.

Much like many across the country, he sought after something that would allow him to continue harmonizing without face-to-face interaction. Henry found that platform on TikTok and has since grown his account to nearly 100,000 followers. His success also led him to releasing his first single, ‘Take A Number.’

His approach is simple and his presentation is very bare-boned, with his impressive vocals doing all of the work. He doesn’t need dances or viral trends— Henry does it his own way.

Daily at first, Henry posts himself in very relaxed settings and unleashes incredible, raw vocals. He’s often times just laying on his bed or sitting on a chair, and he still delivers.

Henry is incredible when it comes to putting his own twist on songs. His covers are original and show off his insane ability to hit notes.

Henry really adds his flavor with his harmonious collaborations, falling right into his acapella wheelhouse. The duet feature on TikTok has allowed him to really expand beyond his group and virtually join other talented vocalists across the globe.

#duet with @naomijoyturner How could I not make this a trio??? #foryou #fyp #foryoupage #xyzbca #singing #trio @ladygaga

As mentioned, Henry is the youngest of three brothers, and he also has two sisters. All five siblings were raised in a Conservative Jewish family in Los Angeles and religion is a very important component in their lives.

In addition to religion, music has also been a big influence. Henry is not the only talented singer and his two brothers, Jonah and Ben, are strong vocalists in their own right. Here they are together singing a traditional Hebrew prayer:

Ben is the middle of three brothers and is arguably the most famous. He might be most recognizable to a larger audience from his role in the Pitch Perfect movies. However, he has also been in a variety of other films and received a Golden Globe nomination for his role in the Netflix show ‘The Politician.’

In addition to his acting career, Ben released his debut album and concert special in 2019, and is set to release his second album in 2021. His theatrical talent, however, might be where he has found the most success.

After playing a featured role in ‘The Book of Mormon,’ Platt originated the role of Evan Hansen in ‘Dear Evan Hansen.’ At 23 years old, he became the youngest Tony Award for Best Actor in a Leading Role in a Musical solo winner, and reprised his role in the 2021 film adaptation of the musical.

Jonah is the oldest brother. He is also an impressive vocalist and performed in ‘Wicked’ and ‘Fiyero.’ He also had a small role in The Office, he was featured in Jesus Christ Superstar Live, and voiced a character in the movie ‘Trolls: The Beat Goes On,’ among other things.

The Platt Brothers perform together:

While they have each found their own (similar) lanes in which to carve out a career, Jonah, Ben and Henry are best when performing together.

Here they are covering Bob Dylan in 2014:

They covered James Taylor in 2018:

Most recently, they sang together for a performance in honor of the 2020 graduates who could not celebrate because of COVID-19.

All three Platt brothers are each successful in their own rights. For Henry, however, the ceiling is limitless and his journey has just begun.

With such a unique, profound voice, his ability to join in a harmony or carry his own as a soloist is impressive. While his individual music career begins to catch fire alongside his TikTok following, Henry is bound for success in whatever side of the industry he chooses, though a theatrical focus seems imminent.

In the meantime, you can find him on TikTok, Instagram and wherever you stream music.