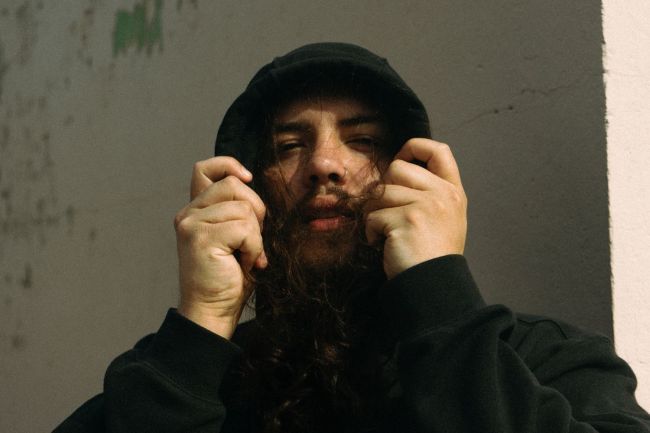 New Jersey singer, songwriter, and producer Louyah (real name Louie Vigorito) has only been on the national radar for less than a week. The 25-year-old artist sings the grooving hit song “I Used to Care,” and thanks to TikTok’s rapid speed of sharing, he’s claimed the #1 spot on Spotify’s U.S. Viral 50 chart in only a matter of days. You can find all of Louyah’s music here.

♬ I Used to Care – Louyah

The humble artist first caught widespread attention on TikTok when three friends surprised him by getting their local radio station to play his song while they were all riding in the car. The video has since catapulted to over 5 million views on the platform and put Louyah’s music on national attention. Louyah’s currently signed to Loud Era Records.

How Did Louyah Get Into Music?

Louyah first started making music as a teenager, first as a guitarist for a couple of different local heavy metal bands, and most recently as a hip-hop-influenced singer. When bandmates started recognizing Louyah was a fan favorite at their shows, they encouraged him to take over on vocals and be the frontman. As Louyah got older, his brother convinced him to begin training his voice more and start experiment with hip-hop. 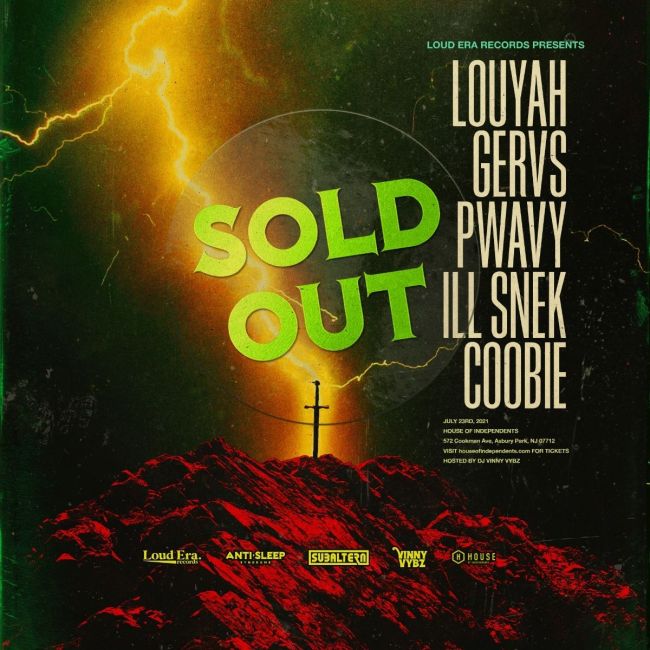 Aside from his upcoming sold-out show in Asbury Park, NJ on July 23rd, Louyah wasn’t able to divulge too much information about future shows and partnerships. The one thing he could guarantee us is, “A lot more people are going to get to see Louyah do really great things and it won’t just stop at one week.” 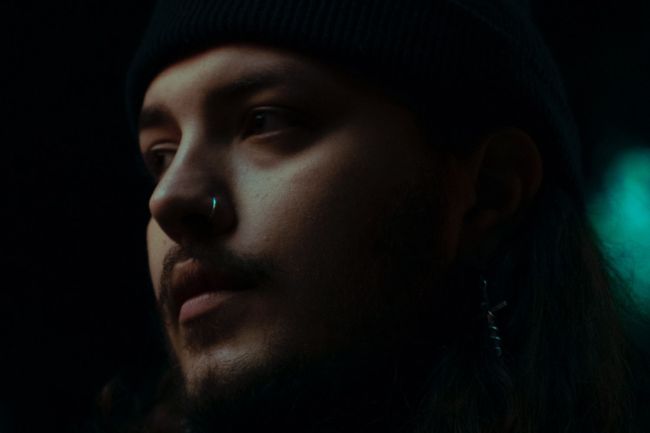 We caught up with Louyah over the phone to talk more about his journey in music and how things have changed since his February album release 6FEET. Read on below to learn more about TikTok’s latest viral hit superstar.

BroBible: Nice to meet you Louyah. I first discovered you like many others probably have—scrolling through socials and seeing the video of “I Used to Care” being played on the radio for the first time. Tell me how that felt?

Louya: First thank you so much! I am so lost for words on these past four days. With the video, I’m just so incredibly happy my friends were able to do that for me, and the fact they also captured the experience was insane. I remember viewing the reaction and all of them were telling me I had to post it, so I did and since then my life has just switched so quickly—quicker than I’ve ever seen anything in my life.

That’s amazing, and I’m sure you’ve been on this journey for a while. I think a lot of us who aren’t in music fail to understand how many hours it takes for an artist to even reach the moment you’re in right now. Can you tell me when you first wanted to pursue music?

I’ve been singing and producing music since I was 16 years old. I started as a guitarist for a local heavy metal band and played in a couple of other metal bands as a guitarist first, and then later as a vocalist. I even dropped out of high school at 17 because I knew I wanted to be a musician in life.

Wow, and your voice is so unique too it sounds like you’ve been performing for way longer! You’re saying you only started singing when you were 16?

Yeah, and then after a little while the band broke up, we just had other things going on and I especially wanted to still focus on music. I was working at McDonalds to help pay to do music. When I was 21, my brother was like, “Hey, you should try hip-hop.”

“I was working at McDonalds to help pay to do music.”

I kept saying I don’t know, I’ve never done hip-hop before. I’m a metalhead. And he’s like, “It doesn’t have to be hip-hop the way others do it, make hip-hop the way you want to make it.” I thought that idea sounded really cool! So I started this journey you see me on now and I slowly started realizing I had a natural voice that I had never really pushed or worked on. The years up to now I’ve worked to perfect that voice I found.

Amazing, and you made the switch of genres effortlessly it seems.

It’s a big difference going from two different worlds, but at the same time I thought given today’s music tastes I was confident in making the switch.

I don’t want to pin you as an artist that resembles Post Malone but there are definitely some comparisons—a similar vocal range and the fact you’ve both got backgrounds in metal are what stands out to me. I’m curious, who are your biggest influences in music right now?

Thank you man! I’d say my favorite artists and influences are the ones I work with every day. Two of them were in the video that went viral. The guy in the seat behind the driver in the video is Gervs (pronounced Jerves), and he’s an artist I work with who’s taught me a lot in how to sing properly. He’s on my latest album on the song “Why You Mad?”

“..my favorite artists and influences are the ones I work with every day.”

Then in the seat directly behind me is Pwavy (pronounced P-Wavy), and I started working with him when he was 13 years old. He’s from Harlem and has this rockstar persona! And you know all of us working together and making music is what makes them my biggest influences right now.

Another artist who wasn’t in the video is my friend Dakun from North Jersey. He mixes masters and helps produce. He played a big role in my latest album 6FEET that we released at the beginning of the year. A lot of times we’ll just send tracks back and forth.

I love how you’re so passionate about making music with your friends; relying on them for inspiration and bouncing ideas back and forth together. On that album 6FEET is your viral hit on TikTok right now, “I Used to Care.” You co-produced that with Dakun, correct?

Yeah I played that baseline and sent it to Dakun, and even though he liked it I really wanted to go back and redo it. So I plugged in my bass and laid down what is on the song now. Then for the lyrics, I like to melodize before putting any real words in. I was messing around and then what is the opening line, “I used to care, but now I don’t,” came out and I knew immediately to build off that.

My friend Nick and my brother John helped me write the rest of the lyrics. It might seem like a sad song but it was actually super fun in making it!

What else do you want people to know about Louyah? Any hobbies or unique interests?

I still definitely have a love for metal music. My favorite band right now is Ratgod—it’s my buddy’s band. He designs my merch, too.

Oh, and I’m also on a weight loss journey. I’ve lost over 50lbs and still working to lose more.

Wait, so along with this schedule of making music you’ve been on a weight loss program?! That’s insane. What’s worked for you in losing weight?

Diet is huge. I also have to be in the gym too at least 5 days a week. And no bread, I have to stay away from bread.

Losing weight has been one of the hardest things for me personally.

I always told myself the moment I commit to working on my health everything else in my life will see growth, and I swear to you that really is the truth.

When we asked Louyah for any final thoughts he had this to say,

“Right now is my time, but I also want to give credit to everyone that’s helped me get to this moment. I’m going to make sure they all shine with me.”

Louyah’s album 6FEET is #2 on iTunes Hip-Hop/Rap albums and is trending in over 8 different countries aside from the U.S.