Here’s Why Your Brain Has Such A Hard Time Letting Go Of A Grudge, According To Science 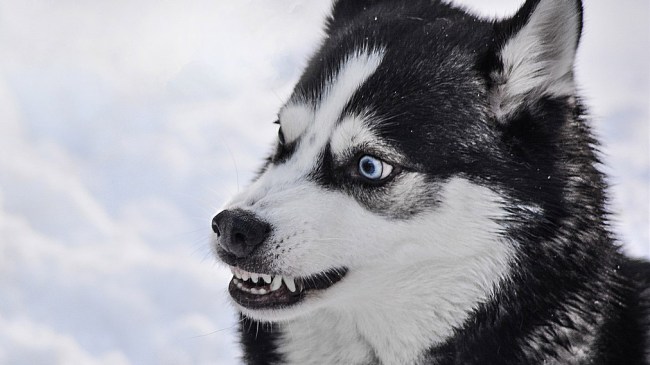 So, is there someone out there in this wild and wacky world that you hold a grudge against? I bet many of you immediately said yes. I also would venture that if most of you who didn’t immediately say yes cleared your mind and gave it a little thought you would come up with someone. Go ahead, I’ll wait.

Okay, now that you have the person(s) who you currently hold a grudge against, my next question is, “How long have you been holding this grudge?”

If you are like me (and pretty much everyone else in the world), the answer would be: a very long time.

But why? Why do we hold grudges for so long, often well after there is really any point to it?

The folks over at Gizmodo were wondering the same thing so they asked some experts exactly why it is we really love to hold a grudge. Here’s some of what they learned…

Michael McCullough, a professor of psychology at the University of Miami, said grudges, and the desire for revenge or absolution, are directly related to goal-seeking and the desire to satiate a craving.

“This ancient brain system seems to produce this craving, and the sense that fulfillment is just around the corner,” said McCullough. “It’s not the seeking of pleasure or the reward itself, but rather the desire to move towards that goal It’s the sense of unease that gives the desire for revenge its compulsive quality.”

So when we’re having a feud with someone, we’re really in a perpetual state of craving or desire. It becomes important for us—sometimes to the point of obsession—to make sure the person behind our angst will change their mind, acknowledge their faults, understand the harm they’ve done to us, and/or and ultimately learn a lesson.

Okay, that explains the initial reason for a grudge, but why do we dwell on these grudges for so freaking long, monopolizing (and wasting) so much brain power?

Carrying a grudge, and wanting to seek revenge, shows we’re not pushovers. And in some cases, the expression of these feelings, and acting upon them, can be a means to an end.

“Humans,” said McCullough, “have a propensity for anger, grudges, and revenge when they’re harmed.” The capacity for revenge, he said, is a built-in feature of human nature — expressions that sometimes serve to solve problems, particularly the problems that arise from living around other people.

I knew it. People… It’s all the stupid people.

Still, really, even as horrible as some people are, what is the point of a grudge anyway?

“In terms of what these feelings are good for,” said McCullough, “the best answer on the table is that we experience a desire for conflict or revenge when we perceive that we, or our loved ones, are undervalued, or not given the respect we deserve from an interactive party. It also shows that we’re not going to take mistreatment lightly, so it’s like we’re imposing a kind of tax on people who we feel have done us wrong.”

Better yet, why don’t we just have the ability to actually tax the people who have wronged us? Let’s get that on the next ballot.

“These thoughts take up a lot of disk space,” said McCullough, “These are opportunity costs, and it means that are a billion other things you can’t be thinking about. You can’t think about the nice relationships you currently have, and you can’t think about your future in a productive way, because you’re sitting around ruminating.”

Okay, that’s true, so can do we do about it?

“It’s important to understand the neurocircuitry of anger and aggression and realize that we have these biological responses because they are sometimes necessary, but that often these circuits can misfire, especially in the modern world, an environment our brain was not designed to operate in,” said Douglas Fields, author of Why We Snap: Understanding the Rage Circuit in Your Brain. “Anger and aggression may be provoked inappropriately, and in such cases cannot help the situation, but may worsen it.”

In other words, if the grudge you are holding against doesn’t seem to make sense when you step back and take a look at it, blame your brain, not the other person, and try to…

Sorry. Don’t hold a grudge against me for that. It’s really not worth it.

Read the entire very in-depth report over at Gizmodo.com.