Why Does Coffee Make You Poop? Here’s The Science Behind Your Morning Dump 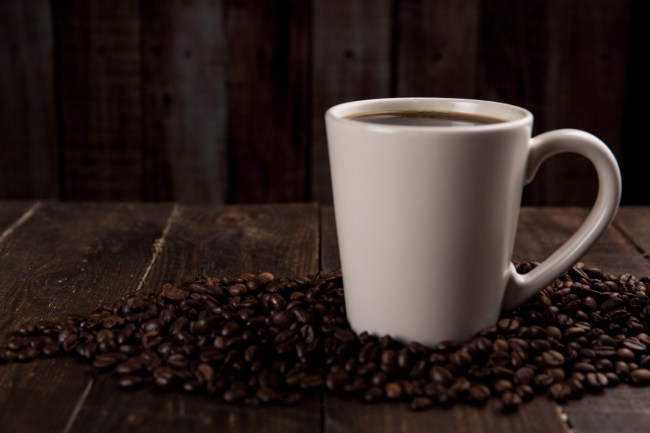 Welcome to Questions Bros Ask, a place where we answer the questions you didn’t know you needed to know the answer to. Today, we’re tackling one of life’s eternal mysteries: Why does coffee make you poop?

Most people have a set morning routine, and if you’re like me, it involves delaying the inevitable by hitting snooze as many times as you can before finally accepting your fate and rising as a semi-functioning member of society.

There are some freaks of nature out there who are able to get out of bed as soon as their alarm goes off and wake up ready to carpe diem but the majority of the population requires some assistance to get ready to take on the day.

There are plenty of substances out there that you can turn to if you want a little pick me up but most people find their savior in the form of the world’s most popular drug: caffeine.

While I’m sure there are at least a few people out there who kick off their day by shotgunning a can of Red Bull, coffee is the caffeinated vehicle of choice for the majority of the population—approximately two-thirds of Americans turn to the drink on a daily basis to get going…in more ways than one.

There aren’t many more satisfying ways to stick it to the man than taking a dump on company time and there aren’t many better ways to ensure you’ll need to make a pit stop than downing some coffee.

I spend a fair amount of time philosophizing on the toilet thanks in no small part to coffee, and during a recent visit to the porcelain throne, I realized I had no idea why the drink helps you drop the kids off at the pool.

As a result, I set out to get to the bottom (get it?) of this mystery. Here’s what I found.

Why Does Coffee Make You Poop? 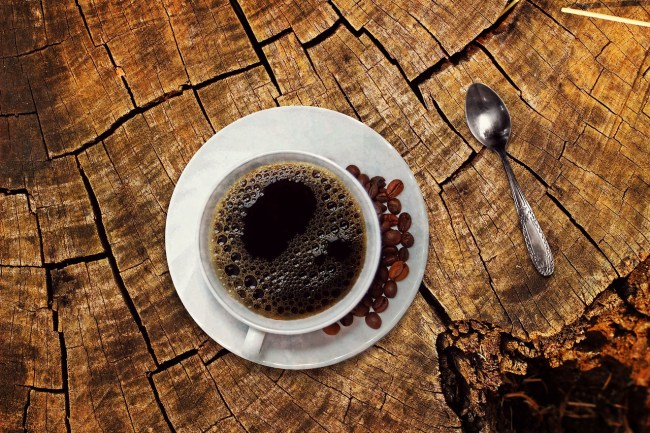 Before we dive into the details, I should note there’s a chance a chunk of the people reading this have no idea what I’m talking about, as The Washington Post estimates approximately 30% of people experience the colon-cleansing effect that comes with consuming coffee.

I can confidently say the other 70% are really missing out.

However, even if you’re not a member of this fairly exclusive club, you can still stand to learn a thing or two on the off chance this topic ever comes up at bar trivia.

Before I started researching, I assumed the most likely factor was caffeine based on its ability to expedite the process of cleaning out the pipes (I’m talking about pee, you guys).

However, it turns out diuretics really only have an impact on urine, which makes sense—I can’t say I’ve ever blown up a toilet because I drank too much Coke (additionally, you can still contract the coffee shits even if you drink decaf).

With that suspect eliminated, it was time to look at some other culprits. It turns out I’m far from the only person to explore this question, as Live Science notes a group of researchers set out on a similar quest in the 90s in an attempt to find the truth.

Their study found consuming coffee generates what they call a “gastrocolonic response” but failed to identify any particular substance responsible for causing it (although they theorized coffee uniquely impacted the tissue lining the stomach and the intestines).

However, according to Healthline, some other scientists who’ve looked into this conundrum claim there are a couple of compounds found in coffee—chlorogenic acids and the succinctly named N-alkanoyl-5-hydroxytryptamides—that persuade the stomach to produce acid that stimulates digestion and in turn promotes pooping.

Other research has found that coffee—especially the caffeinated variety—makes your body think you’ve eaten a meal and consequently induces peristalsis, which is a fancy name for the contractions in your intestines that help evacuate the bowels.

While there’s no concrete scientific consensus, it seems like most experts agree the aforementioned substances all have some sort of physiological impact that encourages you to poop.

With that said, there are some people out there who aren’t buying those arguments. They note the bowels are most active when you wake up in the morning and consequently theorize people are confusing correlation with causation when crediting coffee for their morning dump.

I, for one, think those people are full of shit…at least until they have their coffee!

As much as I would like to say this mystery is solved, that’s not exactly the case, as it appears no one in the scientific community has decided to use their grant money to conduct a study large enough to give us a definitive answer.

If any aspiring scientists are reading this: be the change you want to see in the world.