Why Dogs Like To Bury Things: It Has A Lot To Do With Food 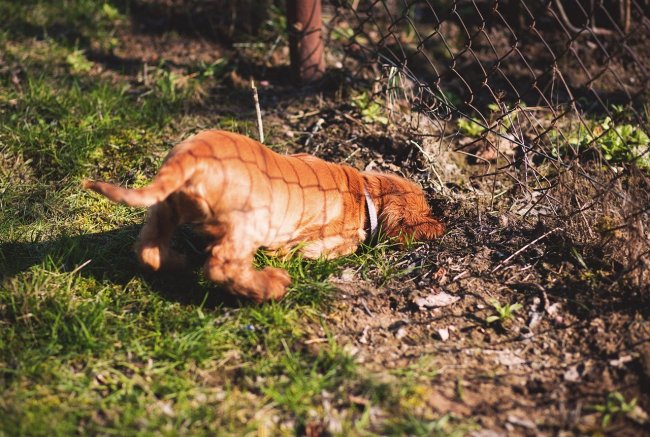 Dogs like to bury things, we all know this. No matter how much you train your dog to be the goodest boy or goodest girl, at the end of the day it’s still a dog and dogs like dig holes and bury stuff, it’s just the way it is.

While your dog probably looks extremely happy each and every time it’s digging a hole or burying something either in the yard or under the couch cushions, this behavior isn’t just a random instinct. The act of dogs burying things dates back well before they were ever domesticated and had their own Instagram accounts.

Before our four-legged friends knew that their owner was going to feed them, dogs of course were responsible for finding their own food to survive. As Cesar’s Way explains it, dogs roamed and hunted in packs and more often than not it took quite a bit of time and energy to catch something. When a dog did catch a meal they then had to protect their food supply from other predators. Burying their food was a necessary survival tactic. Throwing dirt on top of the food helped keep others from smelling it.

This same behavior is found in dogs today even tho they’re not having to go out and hunt for their own food. Dogs burying bones isn’t strange behavior either, it’s a way to save it and hide it for later.

Of course, dogs will also take a random item like one of their own chew toys, a ball, or even a TV remote and try to bury it. That’s obviously not food, that’s just a dog being a dog and wanting to play with its owner.

While your yard may have a hole or two in it thanks to your doggo, don’t blame them too much, it’s just an impulse.