Why Don’t Humans Have Tails? Scientists Say They’ve Discovered The Answer To An Age-Old Evolutionary Question 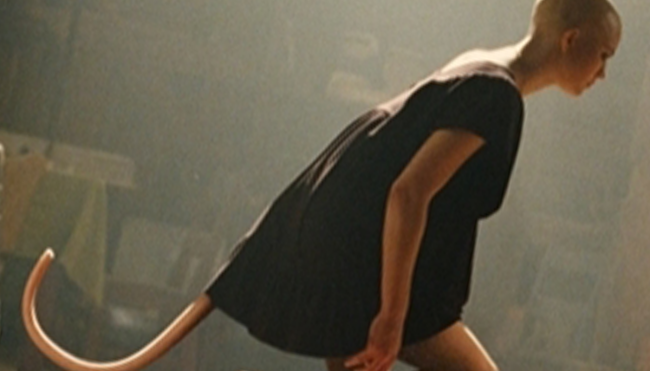 In 1831, Charles Darwin hopped aboard the HMS Beagle for the start of an around-the-world expedition that would take him to Brazil, Patagonia, and (most famously) the Galapagos Islands. His five-year journey is best known for serving as the catalyst for his groundbreaking research into evolution, but it would also serve as the spark that ignited a powder keg that continues to explode almost two centuries later thanks to the many people who’ve been decidedly displeased with his theories concerning the origins of homo sapiens.

Contrary to popular belief, Darwin never explicitly postulated humans directly descended from apes, With that said, other scientists inspired by his works would eventually compile an overwhelming amount of evidence that suggests the claims that the two species share a common ancestor is essentially irrefutable.

Of course, that hasn’t stopped countless people with a worldview constructed entirely on a book of allegories penned by unknown authors thousands of years ago from rejecting that claim on sheer principle, but at this point, there aren’t any new revelations that are going to change their minds regardless of how monumental they may be.

That includes a new study that may have addressed one of the many queries those skeptics are incredibly fond of pulling out in an attempt to prove their case: “If humans descended from apes, why are there still apes?”

Again, evolutionary experts don’t actually claim that’s the case, but researchers in that realm have spent over a hundred years attempting to get to the bottom of mysteries concerning the point of divergence between people and primates. One of those age-old conundrums is the question of why humans have a noticeable absence of the tails sported by many of our jungle-dwelling counterparts, and according to The New York Times, we might finally have an answer.

The outlet recently spoke with Bo Xia, a graduate student who helped author a paper (which has yet to be peer-reviewed) with the New York-based team that published its findings online earlier this week. Xia said he was inspired to look into a question that had intrigued him his entire life after he injured his coccyx (a.k.a. “tailbone”) a couple of years ago, and did so by examining the genetic makeup of tail-sporting monkeys and untailed apes in an attempt to zero in on a potential culprit.

He managed to do exactly that when he identified a specific mutation in the TBXT gene; one shared by apes and humans but absent from monkeys. After showing his findings to the scientists overseeing his studies, they engineered mice embryos using the specific gene sequence he’d identified and discovered most of them were born without a tail (those that did have one sported a short stump á la Jason Alexander’s character in Shallow Hal).

The team believes our lack of tail can be traced back to a single ape who was born without one as a result of the TBXT mutation around 20 million years ago. The researchers strayed away from attempting to definitively determine the evolutionary advantages (or disadvantages) that came with being dealt that hand, but the lack of appendage didn’t prevent it from reproducing—which can also be said for the descendants who kept passing on the anomaly until it became the default for the apes and humans walking around without a tail today.