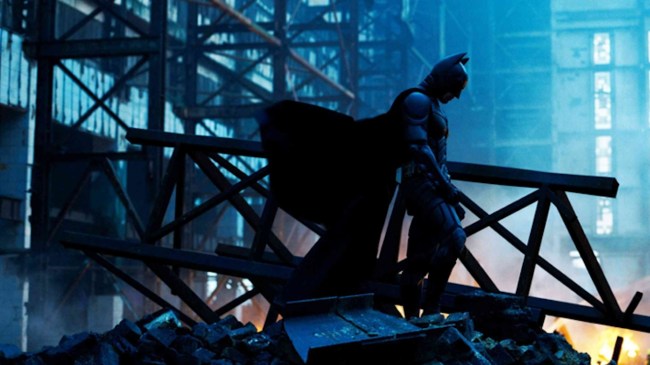 Prior to the obsession over the Marvel Cinematic Universe and the craze around R-Rated films such as Deadpool, Logan, and Joker, Christopher Nolan’s The Dark Knight trilogy was the king of superhero films.

And when you’re the king of the comic book film industry, common logic would suggest that you’d ride that money train until the wheels fell off. However, as we now know, Nolan decided to pack it in after three Batman films, and according to Christian Bale, that was very much a conscious choice by the acclaimed auteur.

Speaking to the Toronto Sun while promoting Ford v Ferrari, Bale discussed why he and iconic director Christopher Nolan decided against donning the cape and cowl for the fourth film in their beloved Batman franchise.

“We knew we had to reinvent it. I literally had people laugh at me when I told them we were doing a new kind of Batman. I think that the reason it worked was first and foremost Chris’ take on it. But also we never were arrogant to assume that we had an opportunity beyond one film at a time. That’s something that Chris always would talk about. He’d say, ‘This is it. We’re making one film. That’s all we’ve got.’ Then when they came and said, ‘You want to go make another?’ It was fantastic, but we still said, ‘This is it. We will not get another opportunity.’ Then they came and they said, ‘OK, let’s do a third one.’ Chris had always said to me that if we were fortunate to be able to make three we would stop. ‘Let’s walk away after that,'” Bale explained.

“Then when they inevitably came to us and said, ‘How about a No. 4?’ I said, ‘No. We have to stick to Chris’ dream, which was always to, hopefully, do a trilogy. Let’s not stretch too far and become overindulgent and go for a fourth. That’s why we, well Chris, stepped away. After that I was informed my services were no longer required (laughs),” he concluded.

While Bale makes a fair point about not wanting to overindulge, the third film in the franchise — The Dark Knight Rises — was easily the worst of the three, so it perhaps would have been nice to see the gang get back together to try and go out on a higher note.