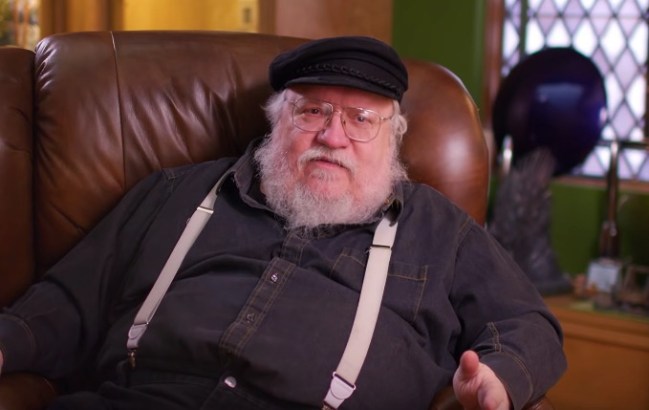 George R. R. Martin is the creator of HBO’s Game of Thrones, which is arguably the most successful Fantasy TV show ever.

Why am I talking about this? Because as a reader (or watcher of the TV show) you spend an insane amount of time becoming attached to these characters and then George R.R. Martin kills them off in an instant.

The man is ruthless as an author. He builds someone up just to murder them and completely pivot the show. Or he’ll take one of your most-hated characters and flip them on their head and suddenly you find yourself loving a character who used to be a total shithead (i.e. Jamie Lannister).

But the question is why does he do this? Why does George R.R. Martin constantly murder off fan’s favorite characters? Well, he finally answered this question so you can stop wondering.

There’s also another reason I compared his work to J.R.R. Tolkien above. .Appearing on The Great American Read by PBS, George R.R. Martin explains how Tolkien’s word deeply affected his own.

He even pinpoints the exact moment that his bloodlust began (thanks, Gandalf!):

It’s pretty wild to think how much of an impact J.R.R. Tolkien had on this man who is currently having a profound impact on the next generation of Fantasy writers. I’d love to see an infographic detailing this chain of murder across generations and see how far back it goes beyond Tolkien.

Man, I still remember reading ‘The Red Wedding’ chapter like it was yesterday. I was sitting in my apartment on the Upper East Side (Yorkville), still working from home back then. Instead of taking a lunch hour I was reading for an hour each day and that scene was so shocking that I literally had to get up and go for a walk around the block to process what had just happened.

I’d spent weeks (months?) getting attached to these characters only to see George R.R. Martin kill them off in the most brutal ways imaginable. It felt like the ultimate betrayal as a reader. As if he’d led us all into a dark alley saying ‘this is totally fine, there’s a cool speakeasy down here with the best drinks in town’ only to have him stab you in the pregnant belly.

After that, I think I became a very cynical reader. Only seeing the worst in plotlines for quite some time. Once the show hit HBO, I found it somewhat cathartic seeing the TV fan’s reaction to The Red Wedding. As if that shared moment of ‘what in the actual fuck just happened, man?!?!’ made it all easier to digest.