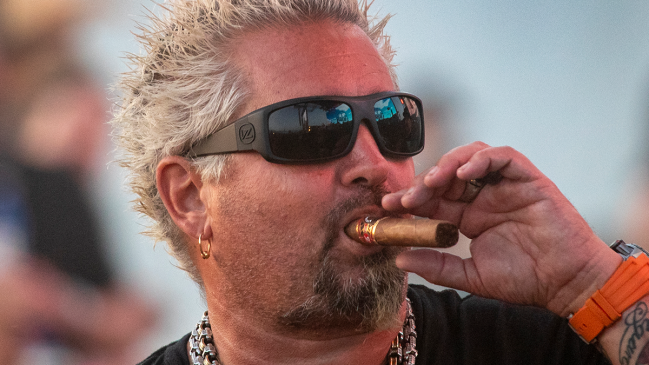 There are a number of different factors that contributed to Guy Fieri becoming the culinary world’s favorite punching bag shortly after he burst onto the scene before he eventually found himself as the beneficiary of one of the most dramatic shifts in public opinion in recorded history.

However, there aren’t many aspects that have played a bigger role in defining the essence of the man, myth, and legend than an aesthetic that can only be described as “Guy Fieri Chic,” a sartorial vibe built on a foundation of a demolished Ed Hardy outtlet store consisting of faded jeans, flame-covered bowling shirts, and the kind of sunglasses commonly associated with Twitter users with an American flag in their profile name and “Patriot” somewhere in their bio.

However, as most dedicated viewers of Diners, Drive-Ins and Dives are likely keen to, the Mayor of Flavortown has a tendency to wear his shades in a fairly unconventional manner in a number of different situations where they would only come in handy if he literally had eyes in the back of his head. 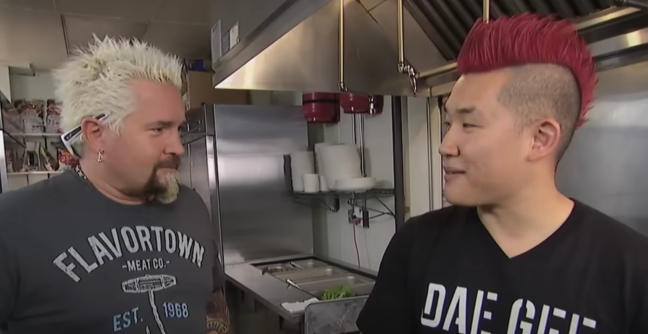 Now, we’ve gotten some insight into the origin of that particular quirk courtesy of the man himself.

During a recent interview with People, Fieri explained why he opts to wear his sunglasses behind his head as opposed to storing them somewhere slightly more conventional, saying:

“Why did I put them on the back of my head? Because I didn’t have anywhere else to put them.

If I put them around my shirt at the restaurant, they’d fall into food. So I just put them on the back of my head. People think that was a design but I have not had any fashion sense.”