Here’s Why This Koi Fish That Looks Like An Overgrown Gold Fish Is Worth $1.8 Million, The Most Expensive Ever 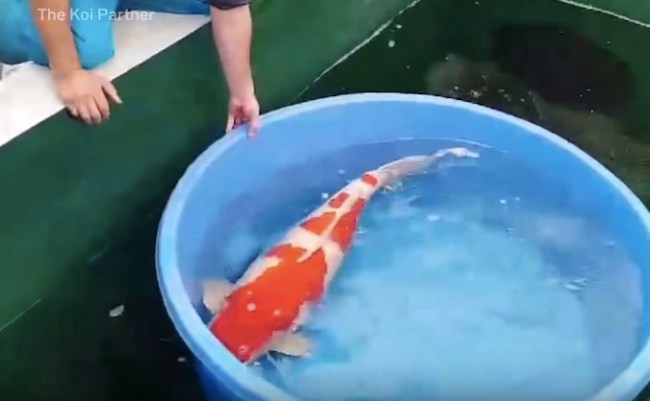 In the culinary world, Bluefin Tuna and Sturgeon are the two most popular fish that are synonymous with being expensive. Bluefin Tuna is prized for its meat. Each year at the opening of Tokyo’s biggest fish market a prized tuna is sold for over a million dollars and said to be good luck. Sturgeon are prized for their eggs (caviar). Luckily for the Koi Fish, nobody wants to eat them.

I just learned that there’s a Koi Fish worth an unfathomable $1.8 million. This is a goofy looking member of the Carp family that looks like an overgrown goldfish. This particular fish won Grand Champion at the All Japan Koi Show for 2018 and is now valued at nearly two million dollars.

This clip from Business Insider VIdeo dives into what makes Koi Fish worth so much money from size to color to pattern. These fish have been slowly changed throughout time in the same way that human beings have affected dog breeds, by selecting traits. When people are shelling out $$$$ for Koi Fish they’re paying for very specific selected traits. Here’s what makes the Koi Fish one of the most expensive pets on the planet:

I can’t see a Koi Fish without remembering this story that happened to my best friend’s older sister growing up. Their uncle’s family lived just down the street and he paid the sister to look after his prized Koi Fish pond while the family went on vacation. Two days into the trip all the fish died. She then had to spend the next week chewing on her guts as she waited for her uncle and his family to return. He lost his shit.

It wasn’t her fault. I think it had something to do with a pump or chemical related, but the uncle still talks about it to this day. I met him at a wedding not too long ago and he still brought it up decades later.