Why You Need To Be Watching DC’s ‘Harley Quinn’ Cartoon 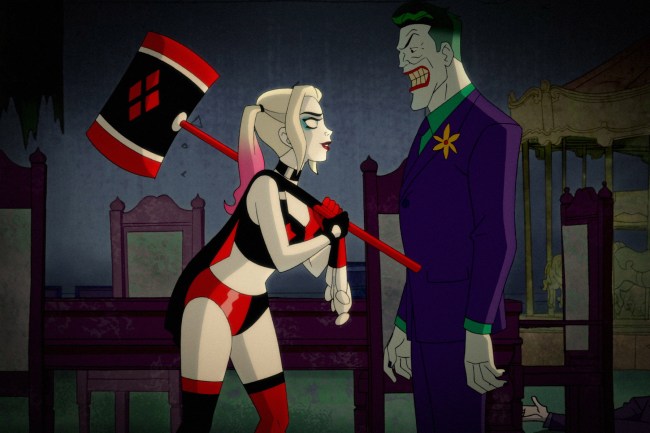 Presented in partnership with Vocal…

Note from the editor: This week we’re participating in “If This, Then That” Movie/TV Recommendation challenge over on Vocal. Want to win $10,000 writing about your favorite TV shows or movies? yourself? Here’s how.

The one problem with comparison recommendations is that, every so often, a show comes around that largely defies classification. You can’t quite nail down exactly what it is and every time you attempt to describe it, you fail to capture the feeling it elicits when you watch it. Whether that be because of its delightful eccentricities or eclectic nature, you’re not sure. You just know that it’s good and you hope others hop on the bandwagon.

Adult Swim’s The Venture Bros. has often fallen into this indiscernible category. What began in 2004 as an out-there satire of the Space Age fiction of the 1960s transformed into an action-adventure series that mixed dark comedy and light drama by the time it was cancelled in 2018 (pour one out for our fallen fan-favorite). With a deliberately bizarre yet hilarious cast of characters, a deep love of pop culture, a meticulously detailed sense of humor, and a detached and laid-back optimism, The Venture Bros. has long existed as the weird-little-show-that-could. In its absence, many series have tried to fill that askew void and failed. But one special series is succeeding.

HBO Max’s animated Harley Quinn series is the single best piece of content DC has churned out in the DC Extended Universe era. It’s better than Man of Steel, Wonder Woman and Zack Snyder’s Justice League and it’s better than its beloved small screen compatriots in the Arrowverse. How? Why? One last rhetorical question? Because it has somehow figured out how to capture the same ineffable magic of The Venture Bros. while being uproariously hilarious, authentically emotional, and endlessly cheeky. You’re never quite sure exactly what it is, but you know you want more of it.

Vocal​, a storytelling platform for creators, teamed up with ​Decider.com​ for an awesome opportunity: the ​“​If This, Then That​” Challenge​. The Challenge gives entrants the chance to win cash prizes as high as $10,000 for recommending a show or movie based on existing fan favorites, and encourages discovery around the best streaming content available today.

By sharing your perfect ‘if this, then that’ formula to decide on a TV show or movie, you can introduce readers to their next binge-watch — talk about having an impact. For example, if someone loves the cult-classic ​Goodfellas,​ then the TV show ​Peaky Blinders​ is a no-brainer to add to their queue.

So, exactly how much money’s on the line by showing your voice in the ​“​If This, Then That​” Challenge​? Take a look at the different tiers below.

Amongst the judges are film critic, author, and journalist, Glenn Kenny, and Lea Palmieri, a host, writer, producer, and the current Director of Creative Strategy at Decider.com, along with members of the Vocal team. The ​“If This, Then That” Challenge​ will definitely have high expectations, but that’s what makes this whole thing fun and unique, right? So, don’t hold back and share why you’re recommending your favorite TV shows and movies, and who should watch them.

To be eligible to enter, you must have a ​Vocal+​ ​membership, which grants access to Vocal+ exclusive Challenges, along with increased monetization opportunities, premium creation tools and features, and additional perks on the platform. You can sign up for ​Vocal here​, ​and then use the promo code ​BROBIBLE50 ​at checkout to receive 50% off your first month’s membership.

Vocal is accepting submissions for the​ “​If This, Then That”​ ​Challenge through​ March 30, 11:59pm EST. The promotional offer is valid through the duration of the Challenge.