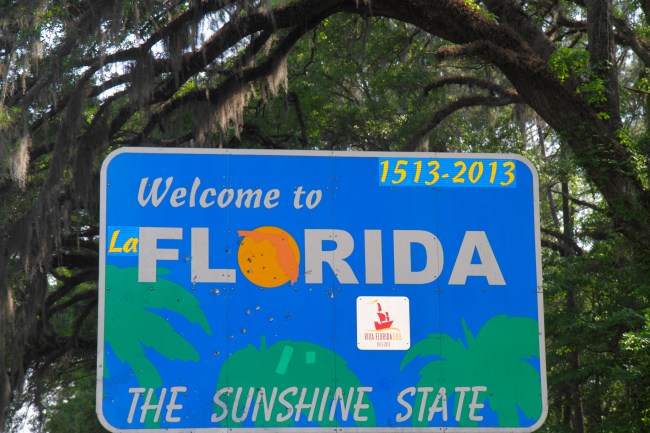 Florida man is at again.

In a video shared on social media on Saturday afternoon, a man could be seen hanging onto a speeding semi-truck with his arm through the windshield. The truck driver appeared to be attempting to throw the man off the truck by serpentining on the road while moving at a high rate of speed.

The truck was eventually pulled over by the police and it seems like everyone was unharmed.

Apparently the man was acting strangely on the highway, randomly jumped on top on the semi-truck and began attacking the driver.

UPDATE: A white male driving southbound on Florida Turnpike "began acting strange," exited his Toyota SUV, walked on the highway, jumped over the median and on top of a northbound Semi Tractor-Trailer and began striking the window with his hands… via @AndySlater pic.twitter.com/PCfU4gjnXL