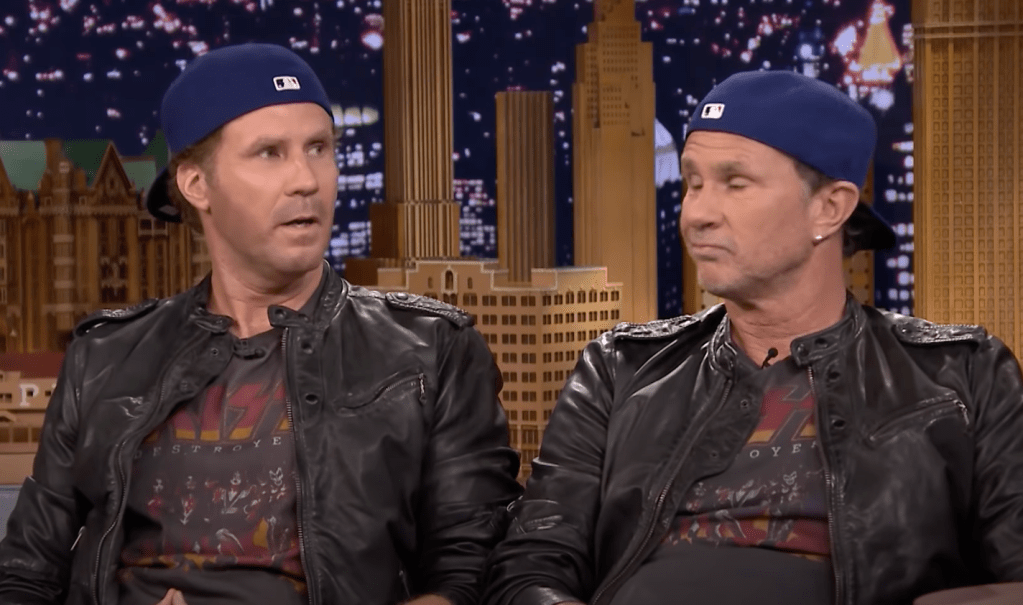 Will Ferrell and Red Hot Chili Peppers drummer Chad Smith are identical twins. They might not be biologically identical twins but either one of these guys could show up to the other one’s house for Thanksgiving and at least a few of the older relatives wouldn’t know the difference.

Chad and Will were guests on The Tonight Show Starring Jimmy Fallon on Tuesday. They showed up wearing identical outfits (the exact same jeans, t-shirts, black leather jackets, and hats). I haven’t watched a single episode of Fallon in over a year but this clip was actually pretty good.

The drum-off doesn’t start until around the 7:30 mark. Normally I’d set the YouTube video to start at that time but this is Will Ferrell we’ve got here and anytime he shows up on camera it’s magic. Everything he does is funny. So you can watch the full clip or jump ahead to the 7:30 mark if you just came for the drum-off:

I’m sitting here contemplating whether or not if Will Ferrell was actually named Chad Ferrell if it would hurt or help his career. The name ‘Chad’ is immediately stigmatized but I have to think if Will was actually ‘Chad Ferrell’ and had gone through his Saturday Night Live and insanely successful film career with the name Chad it might have changed the perception of ‘Chad’ as we know it.