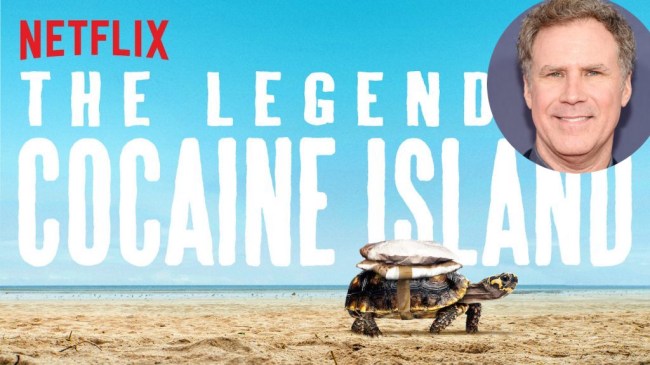 Ever since 2013’s Anchorman 2: The Legend Continues — which was remarkably average, at best — Ferrell has appeared in a handful of middling comedies such as Get Hard, Daddy’s Home, The House, The Lego Movie, Zoolander 2, and Holmes & Watson. Yes, The Lego Movie may be a certified banger, but that’s an animation film, so it doesn’t quite fall into the category of a “Ferrell classic.”

Luckily for us, though, it appears that the beloved Step Brothers star has the makings of another home run on his hands, as he’s signed on to star in and produce a feature film based on the Netflix documentary The Legend of Cocaine Island.

Will Ferrell has attached to star in and produce a feature film which Netflix will make based on its documentary The Legend of Cocaine Island. Peter Steinfeld will write the script, and Ferrell will produce with Gloria Sanchez Production’ Jessica Elbaum, and David Permut (Hacksaw Ridge) through his Permut Presentations. Theo Love, who helmed the docu will exec produce with Bryan Storkel.

The documentary — which is currently streaming on Netflix after being released earlier this year. — tells the true story of Rodney Hyden, “a small-business owner and family man comes across the legend of a buried stash of cocaine worth $2 million hidden in the Caribbean.”

Hyden, whose livelihood was struggling due to the Great Recession, hatches a plan to retrieve said cocaine. However, due to his lack of experience in drug smuggling, predictable chaos ensues. It’s a simple, irreverent, and comedic doc that is certainly worth the watch.

At this time, no release date for the film has been announced.