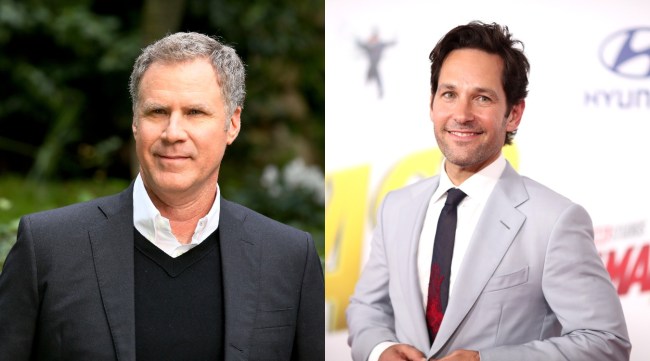 An argument can be made that Will Ferrell and Paul Rudd are two of the most influential comedic actors of the last two decades. Now, to be clear, Ferrell is an obvious choice in this regard, but Paul Rudd is perhaps not as clear cut. Let me make his case.

Ever since starring in Anchorman in 2004, Rudd — who already had a fruitful acting career prior to his portrayal of Brian Fantana — has not only headlined dozens of comedic films but has made the transition into a full-fledged movie star.

First and foremost, he’s starred in tons of Judd Apatow (inarguably the most influential comedic director of the last 20 years) adjacent films — The 40-Year-Old Virgin, Knocked Up, Forgetting Sarah Marshall, Role Models, This Is 40, I Love You, Man, Dinner For Schmucks, Our Idiot Brother, Wanderlust, This Is The End, Sausage Party, etc.

Then, obviously, there’s his transition into a superhero, as he was cast as Scott Lang in the Marvel Cinematic Universe and has subsequently starred in four films since: Ant-Man, Captain America: Civil War, Ant-Man and the Wasp, and Avengers: Endgame. We haven’t mentioned his starring role in the Netflix comedy series Living With Yourself.

So, obnoxiously long story short, when you combine the talents of Will Ferrell and Paul Rudd, you have two of the most influential comedic actors of the last decade, and that is the formula for success.

Paul Rudd and Will Ferrell are reuniting to star in a series adaptation of the Wondery and Bloomberg Media podcast “The Shrink Next Door,” Variety has learned. The series is in development at Media Rights Capital (MRC) Television with no network or streaming service currently attached.

Inspired by true events, “The Shrink Next Door” is described as a dark comedy following the bizarre relationship between psychiatrist to the stars Dr. Isaac “Ike” Herschkopf (Rudd) and his longtime patient Martin “Marty” Markowitz (Ferrell). Over the course of their relationship, Ike slowly takes over Marty’s life, even moving into Marty’s home and taking over his family business. [via Variety]

While The Shrink Next Door has yet to be picked up by a network, we can guarantee you that it will be highly sought after.