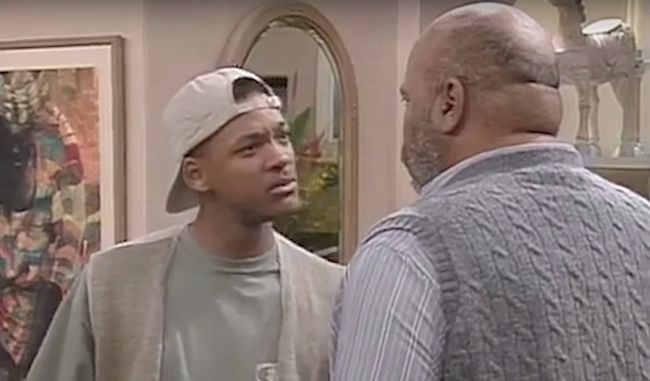 While Wonder Woman 1984‘s move to HBO Max is the biggest piece of news regarding the streaming service this week, it’s not the only one, as The Fresh Prince of Bel-Air Reunion Special also made its debut this week.

In the hour-plus long special that featured the entire cast and was filmed in the series’ iconic living room, Will Smith — whose acting career exploded following his star-making turn in Fresh Prince — told an emotional story about how the late, great James Avery, who famously played the stern yet warm Uncle Phil on the show, coached him through arguably the series’ most beloved moment: the “how come he don’t want me, man?!” scene.

“He pushed me so hard. His thing was that I am in such a unique position and that responsibility, you must elevate your craft. You have to represent and you are paving a way, and he just wouldn’t give me an inch,” Smith began.

“I remember in one of my favorite and most famous scenes from Fresh Prince — the father episode — James Avery was this 6’4″, 300-pound stage-trained Shakespearean beast and I’m the little rapper from Philly under him and I wanted him to think I was good. I wanted him to be proud of me, so the episode comes and we come to that scene and I was like… I want to deliver this scene so bad,” he recalled of Will and Uncle Phil’s tearful heart-to-heart. “If you remember, in front of the audience, I flubbed my line on the take and I messed it up in front of the audience and my mind snapped and I’m like, ‘Ahhhh!’ James says, ‘Hey! Right here!’ And I was like… [straightens up]. He was like, ‘Use me!’ And he says, ‘Get yourself together,’ and I get it together and he says, ‘Action.'”

Will Smith talks James Avery's impact on him as Uncle Phil #FreshPrinceReunion pic.twitter.com/PgXH6Rk5Ba

The full Fresh Prince of Bel-Air reunion, and the series as a whole, is currently streaming on HBO Max. Then, next year, the “gritty” Fresh Prince reboot — which has already been given a two-season order — will debut on Peacock.