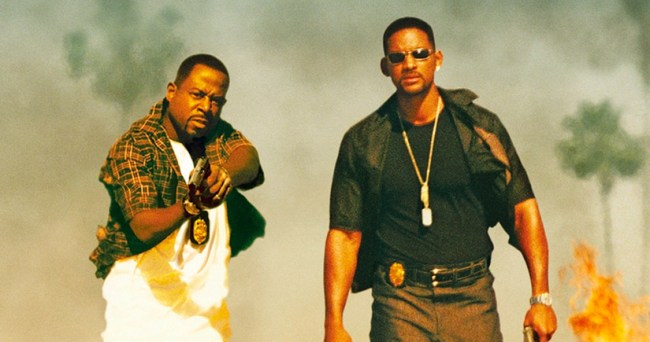 Welp, it’s official. The third installment in the Bad Boys film franchise, Bad Boys For Life (or Bad Boys For Lif3, if you want to get technical) has started production, according to an Instagram post by one of the movie’s lead actors Will Smith.

“Day 1. I’ll keep y’all posted,” Smith wrote on Instagram alongside a picture of a pile of scripts for Bad Boys For Lif3.

Yep, it will be a whopping 17 years between Bad Boys II and Bad Boys For Lif3 when Smith and his co-star Martin Lawrence return to the big screen together in 2020, and 25 YEARS since the original film premiered way back in 1995.

So what will Detective Mike Lowrey and Detective Marcus Burnett be up to when they make their triumphant returns? Coasting along until their pension kicks in, which should be any day now? NO!

According to Production Weekly (via Heroic Hollywood)…

The new installment centers on the Miami PD and its elite AMMO team’s attempt to take down Armando Armas (Scipio), head of a drug cartel. Armando is a cold-blooded killer with a vicious, taunting nature. He is committed to the work of the cartel and is dispatched by his mother to kill Mike (Smith). [Paola] Nuñez will take on the role of Rite, the tough and funny criminal psychologist who is the newly appointed head of AMMO and Mike’s former girlfriend – and the one who got away.

Gabrielle Union, however, will not return as Marcus’ sister Sydney because she and Jessica Alba are busy filming the movie’s TV show spinoff L.A.’s Finest, which will debut on Charter Spectrum in 2019.