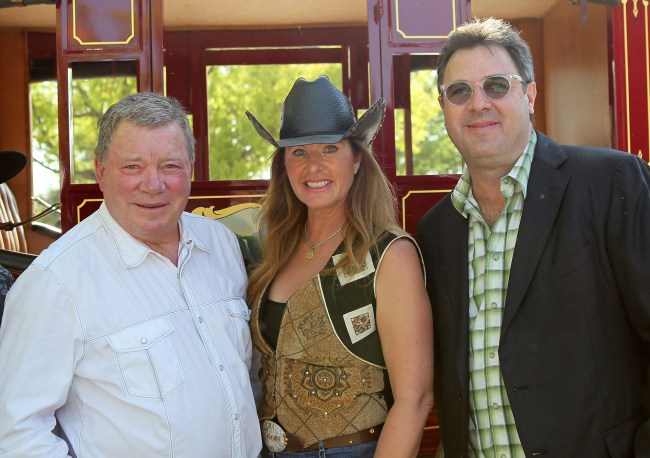 As my wise nana would always say, “True love may come and go but horse semen is forever.” I never understood what she meant by that until I saw the news of William Shatner’s divorce.

Star Trek actor William Shatner and his ex-wife Elizabeth Martin are getting a divorce. During their difficult separation, the couple will divvy up their prized possessions such as luxurious vehicles, houses, and even pets. But get a load of this, Shatner has won “all horse semen,” according to Page Six. Come again?

In the divorce ruling, Shatner also won the horse breeding equipment at his stables in California. Wow. Elizabeth’s lawyer blew it. This divorce settlement must be hard to swallow for Ms. Martin.

Elizabeth gets two other horses named Belle Reve’s So Photogenic and Pebbles. Martin, who is a former horse trainer, gets a home in Malibu and another in Versailles, Kentucky, in the settlement. This right here is why you get a pre-nup, so nobody can take away all your houses and horse semen.

Shatner was also awarded the couple’s Studio City, California home, and a ranch in Three Rivers, which Elizabeth will be allowed to visit the property because that’s where the ashes of her first husband is spread as well as some horse graves. Scriptwriters just found the plot for Marriage Story 2.

The 88-year-old Captain James T. Kirk actor filed for divorce from Martin in December after 18 years of marriage. This was Shatner’s fourth marriage. No doubt that William will get back on the horse.

Figuratively speaking, he will get back on the horse and get married! You perverts.