The Winner Of The $768.4 Million Powerball Jackpot Is A Broke 24-Year-Old Who Couldn’t Quit His Job Fast Enough 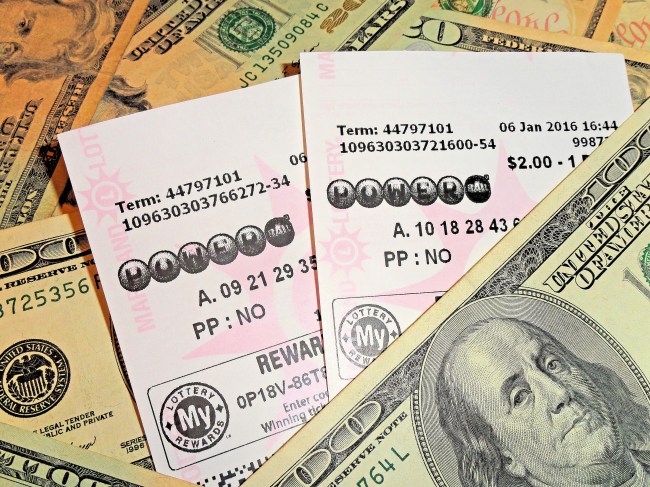 Do me a favor and close your eyes.

What comes to mind when I type ‘lottery winner.’

Is it a plump 106-year-old fossil with a Tweety Bird shirt, 3-5 teeth, and the vocabulary of a Tickle Me Elmo? Knew it.

For what seems like the first time in lottery history, a dude who has more than a few weeks left in life to spend the money has won. And won big.

24 year old Franco is from West Allis. He says he left work and just felt lucky so he went and bought $10 worth of Powerball tickets. He even looked at the camera because he felt so lucky. pic.twitter.com/dWYDXLJQBb

During a press conference on Tuesday, Franco described the genesis of his Powerball ticket purchase, which was bought at a Speedway in New Berlin, just outside of Milwaukee.

“I walked into the Speedway and I purchased $10 worth of individual Powerball tickets. I honestly felt so lucky that I did look up at the camera and I wanted to wink at it cause I just had that lucky feeling.”

“It was amazing, my heart started racing..I screamed for five to ten minutes,” he said.

Franco, who before the win claimed that his biggest concern was getting his bank account up to $1,000, said he went to work the day after he won but was anxious and sweating. After that day, he never showed up to work again.

The Milwaukee resident decided to take the lump sum cash value of $477 million, according to Powerball, and will receive just over $326 million after taxes.

“I’m sure you’ll never see me as like one of the people who went bankrupt or broke or anything like that. I plan to live my life normal as much as possible,” he said.

According to ABC News, Franco said he doesn’t know what his future holds but that he wants to “help out the world.”

Congratulations to Manuel Franco, I guess.

Live look at the rest of the U.S. right now.